Grains comprise a central role in Pennsylvania’s history, economy, and culture. Bread, beer, and other baked goods continue to be a huge component of Pennsylvania’s culinary culture. Not to mention the diverse cultures that came to inhabit and influence the delicious baked offerings of our region. 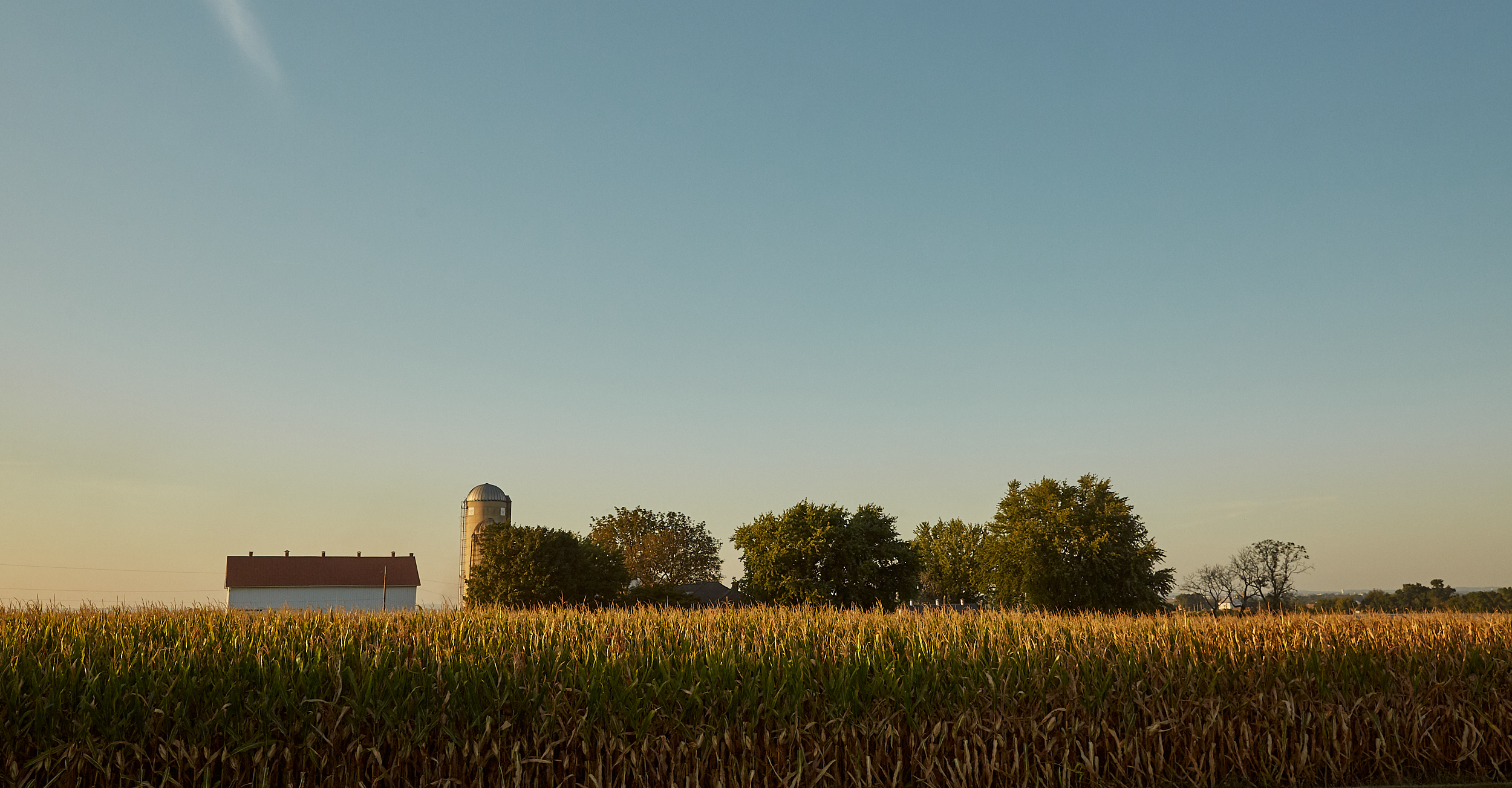 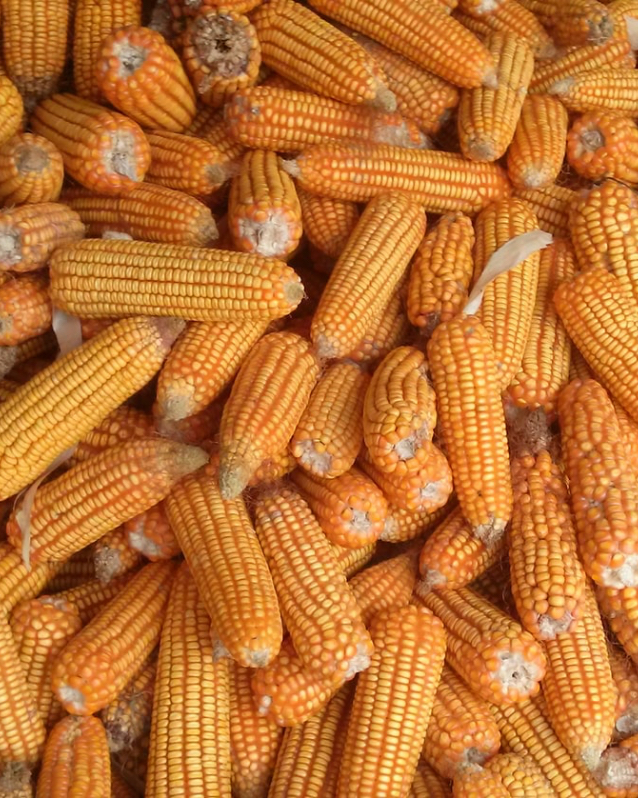 Corn was a major part of the Monongahela culture.
Image

In Pennsylvania, growing, grinding, and cooking grains has a long history, arguably beginning with corn. From paleo-Indian times through present day, corn has been a central part of the diet. It is the first grain with a record of use in the area with carbonized corn cob fragments found at Meadowcroft Rockshelter south of Pittsburgh dating back as far as 1750 AD.

The Monongahela, who lived there from the tenth to the 17th centuries, were the region’s first farmers. They weren’t indigenous to the area, but they were the first to routinely domesticate plants, farm the soil, and live in permanent villages. Corn was a major part of their culture.

Similarly in the eastern part of the state, the Lenape (Delaware) people also lived in a maize-centered culture. The Lenape were unique in that they lived in a matrilineal society where women owned the home, the farming equipment, and the farmland.

They worked the soil and planted and cultivated the corn. The Lenape believed that a female gave birth to modern agriculture and that Mother Corn controlled how well the crops grew.

For both the Monongahela and the Lenape, as well as other indigenous groups, corn was the basis for most meals and it was eaten in many forms: off the cob, as kernels, in porridge, as cake or bread, or mixed with bilberries, venison jerky, smoked eels, or fresh meat.

In the 1700s, tens of thousands of immigrants from Europe, mostly English, German, French Huguenots, and people from Wales, Holland, and Sweden, flooded Pennsylvania, forcing the indigenous residents off their lands. These Europeans often brought with them wheat, and wheat soon became one of the major crops produced in the state, with most being grown in the Southeast corner.

The mild climate, plentiful rain, and rich soil made it easy for wheat to grow. East Coast food producers were supposed to sell their foodstuffs to Britain, but in many cases, they produced more than Britain could use. As such, wheat and flour produced in Pennsylvania was often also shipped to Africa, the Caribbean, and Europe, often by way of the port of Boston. Other cereals such as oats and corn were often exported to the West Indies, allowing the large slave plantations there to devote most of their own arable land to sugar cane production. There is little detailed documentation about slavery on farms in Pennsylvania, but the number of enslaved people brought into Philadelphia grew rapidly and peaked during this time, reaching roughly 30,000 by 1766. Many of these enslaved people worked in the manufacturing sector, but it is likely that they were also contributors to the clearing and cultivation of both wheat and rye farms, along with indentured servants from Germany and Ireland who labored on farms in exchange for their passage to the country.

So much wheat was grown in Pennsylvania that between 1765 and 1783, the state was widely known as “the breadbasket of America.” Because of this large volume of wheat, by the mid-1700s, milling became the first major industry in Pennsylvania. During that time, water-powered gristmills were community hubs—the places where farmers ground their own wheat, purchased freshly milled wheat, bought animal feed, and spent time chatting with neighbors. The community center aspect was very important, as farms were often far apart. Similarly, threshing rings brought farm families together. During threshing, neighbors gathered together to help each other bring the harvested grain from the fields and mechanically separate the edible kernels from the stems and husks. There were threshing day lunches and suppers. It was a time of hard work, good food, and fellowship. However, by the latter half of the century, the introduction of the steamroll mill and continued innovation in the industry began to shift this central role that mills played in communities.

The steamroller mill made processing wheat faster and easier. This, in turn, continued to facilitate an increase in wheat production in the region. By the end of the Colonial Era, around 1776, cereal grains had become cash crops, meaning there was enough left over to sell after the farmers had fed themselves. By 1840, Pennsylvania was the leading wheat-producing state in the Union. It maintained this status through 1850 until production increased in the upper Mississippi Valley where more arable land was available. 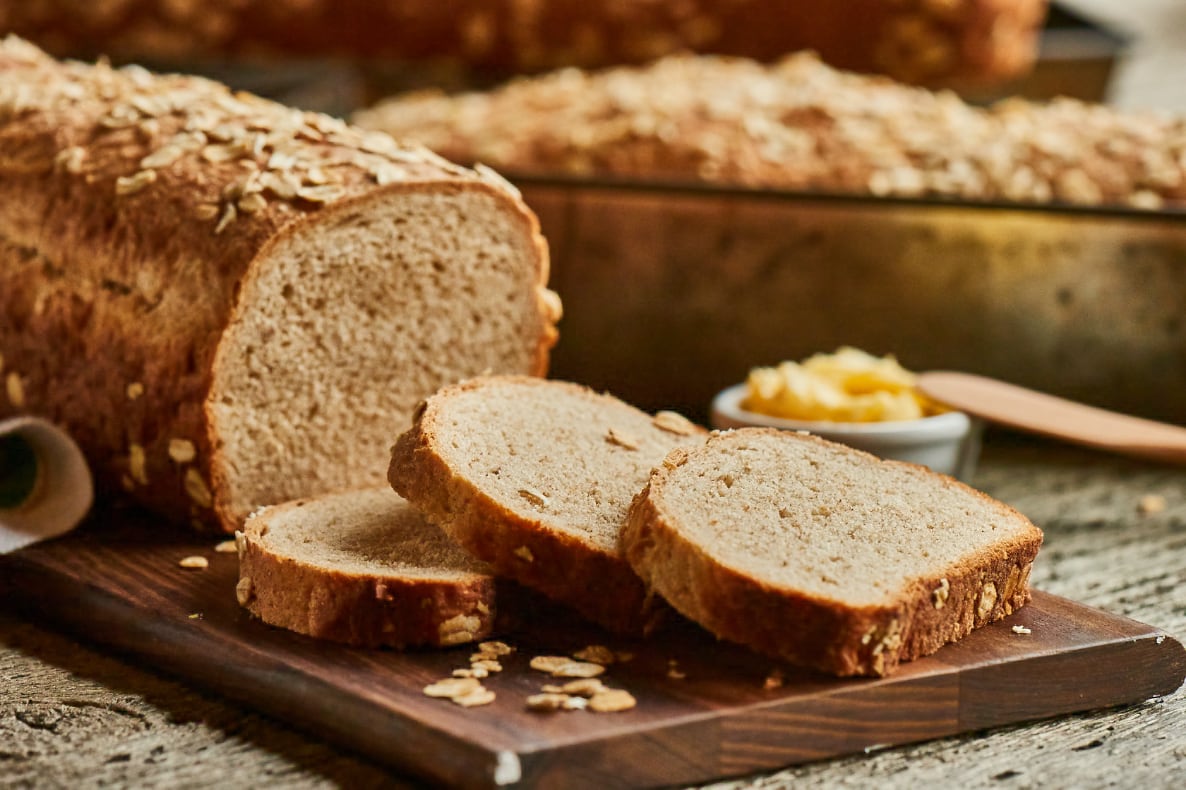 Farmers in Pennsylvania most often switched their production to grass and corn. Despite this initial decline in wheat production, it remained customary that a young farmer would choose a wife based largely on the quality of her bread. In turn, an unhappy marriage was often blamed on heavy, bad bread. By 1900, however, few families made bread from scratch on the farm anymore as preferences switched to white bread. Wheat production continued to decline after 1900. The decrease was mainly in the west where the land was better suited for oats, hay, and pasture grains. By 1923, only 600 of the several thousand mills that dotted the state were still in operation. Three-quarters of Pennsylvania wheat was shipped out of state to be milled. Equipment for the now preferred white flour was expensive, and large farms in the Midwest could produce more wheat at lower costs. Today, there are only a handful of millers left throughout the state, mostly in the Southeast corner, though there are still many remnants of old gristmills that can be reached just off the roadside or by taking a short hike. 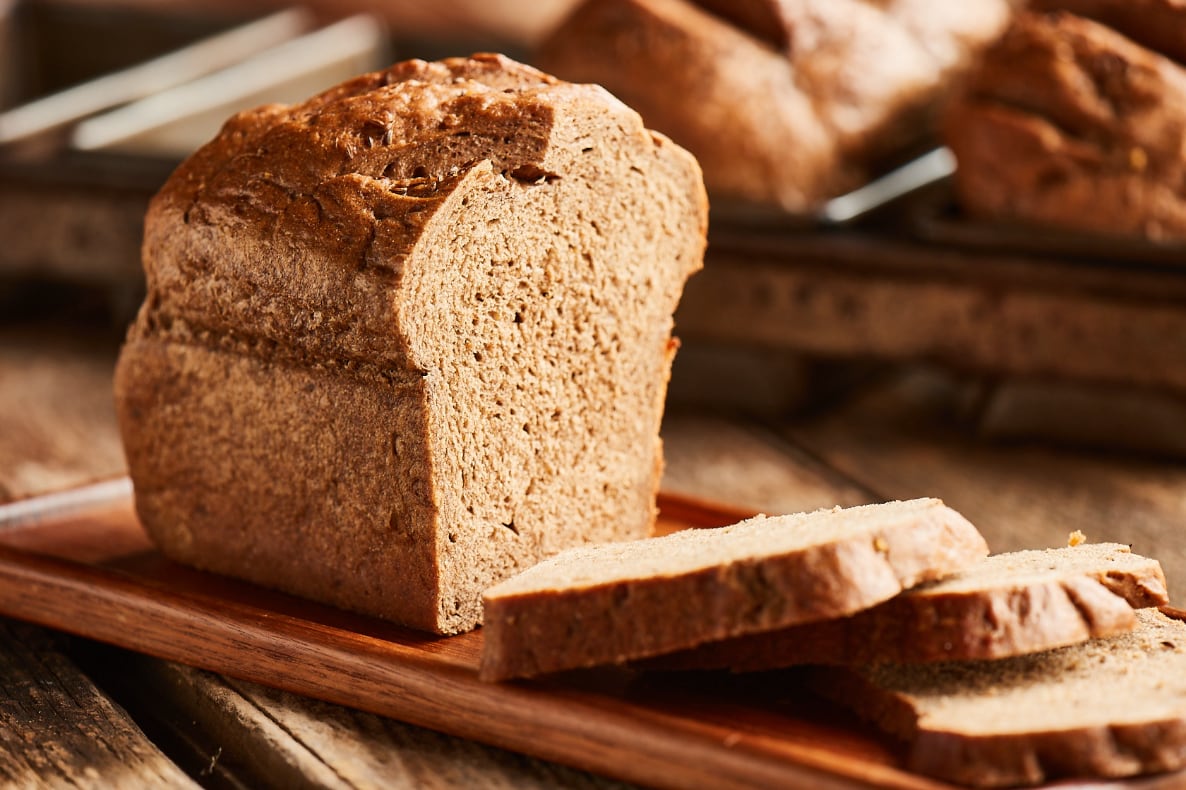 In the 17th century, most homes had fresh loaves of rye bread on their table daily.
Image

Other grains, especially rye, played a big role in politics in Pennsylvania.

In the 17th century, farmers had begun planting rye seeds in Pennsylvania’s rocky soils. Most homes had fresh loaves of heavy rye bread on their table daily. But the real gold mine was in turning rye into whiskey. In the hilly and rocky countryside of Western Pennsylvania, farmers distilled corn and rye into whiskey for their own use, but also as a valuable product that was easier and more profitable than shipping grain or flour east to cities like Philadelphia and New York.

In the late 18th century, however, the federal government was dealing with a significant debt from the Revolutionary War. To help cover this debt, Treasury Secretary Alexander Hamilton placed a high tax on whiskey, reducing profit margins most for small producers who couldn’t absorb the additional cost. In 1794, the farmers rebelled. President Washington raised and led an army that put down the rebellion, but not until after a few shots were fired, along with some tar-and-feathering, in the hills outside of Pittsburgh.

With the settlement of Eastern Europeans in the 1800s, rye whiskey became even more popular. Around this time, Pennsylvania produced one third of the total rye crop in the nation. However, not much rye is grown in Pennsylvania these days, though rye whiskey is making a comeback with some local distillers.

Although barley is still grown for baked goods, cooking, and animal feed, a significant portion of barley is grown for craft beer production. Pennsylvania is a leader in the production of craft beer in the country and ranks third in total craft brewers with more than 400 breweries throughout the state.

The growing number of brewers has facilitated growth in barley production and malters over the last few decades.

Pittsburgh is also the proud home of Fresh Fest Beer Fest, which highlights the artistry of about 3,000 Black craft brewers from around the country. This annual festival was voted the second best beer festival in the nation by USA Today. 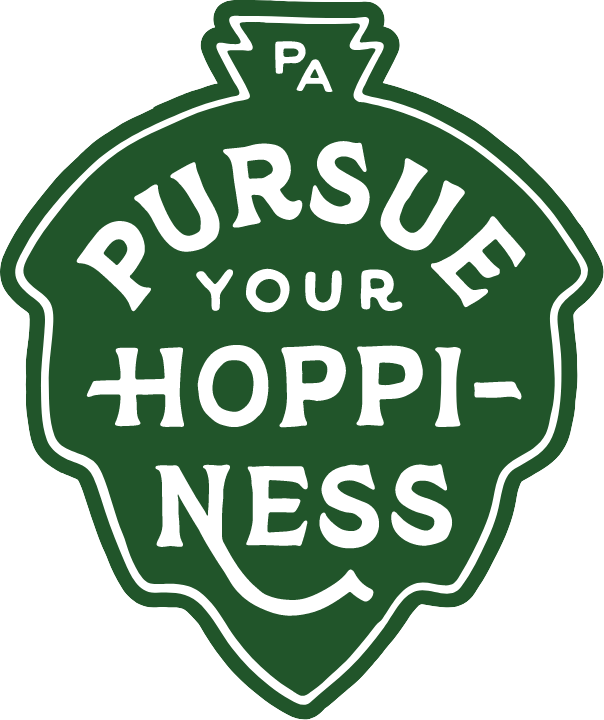 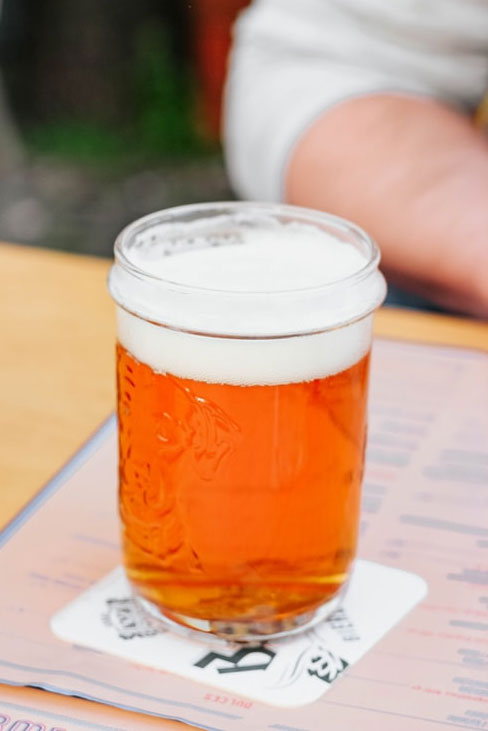 A significant portion of barley is grown for craft beer production.

Buckwheat, although botanically labeled as a grass, is used more like a grain and has great importance in the history of Pennsylvania agriculture. It was the fastest-growing cash crop in the region, and many farmers used to plant it in July and use the proceeds from the October harvest to pay their fall taxes.

Buckwheat was mainly grown in the northern and western regions of the state. Butler County was once more commonly known as Buckwheat County with whole-hog and buckwheat pancake breakfasts the focus of regular community gatherings at local churches and town halls.

Buckwheat production peaked in 1910, declining because it was difficult to harvest with newer grain binders. There is currently only one remaining buckwheat mill in Pennsylvania, though demand for buckwheat is strong, driven by the large and growing demand for gluten-free foods. Much of the buckwheat eaten by Americans is still raised right here in Pennsylvania, as well as in the state of New York.

Grains comprise a central role in Pennsylvania's history, economy, and culture, from the variety of grains grown throughout history in the region to the myriad of bread, baked goods, and other items derived from these grains. Bread and grains are arguably the center-piece of our society. Even as the agricultural production of grain declined in Pennsylvania, grain, bread, and other baked goods continued to be a central component of daily diets and the diverse food cultures that came to inhabit our region. 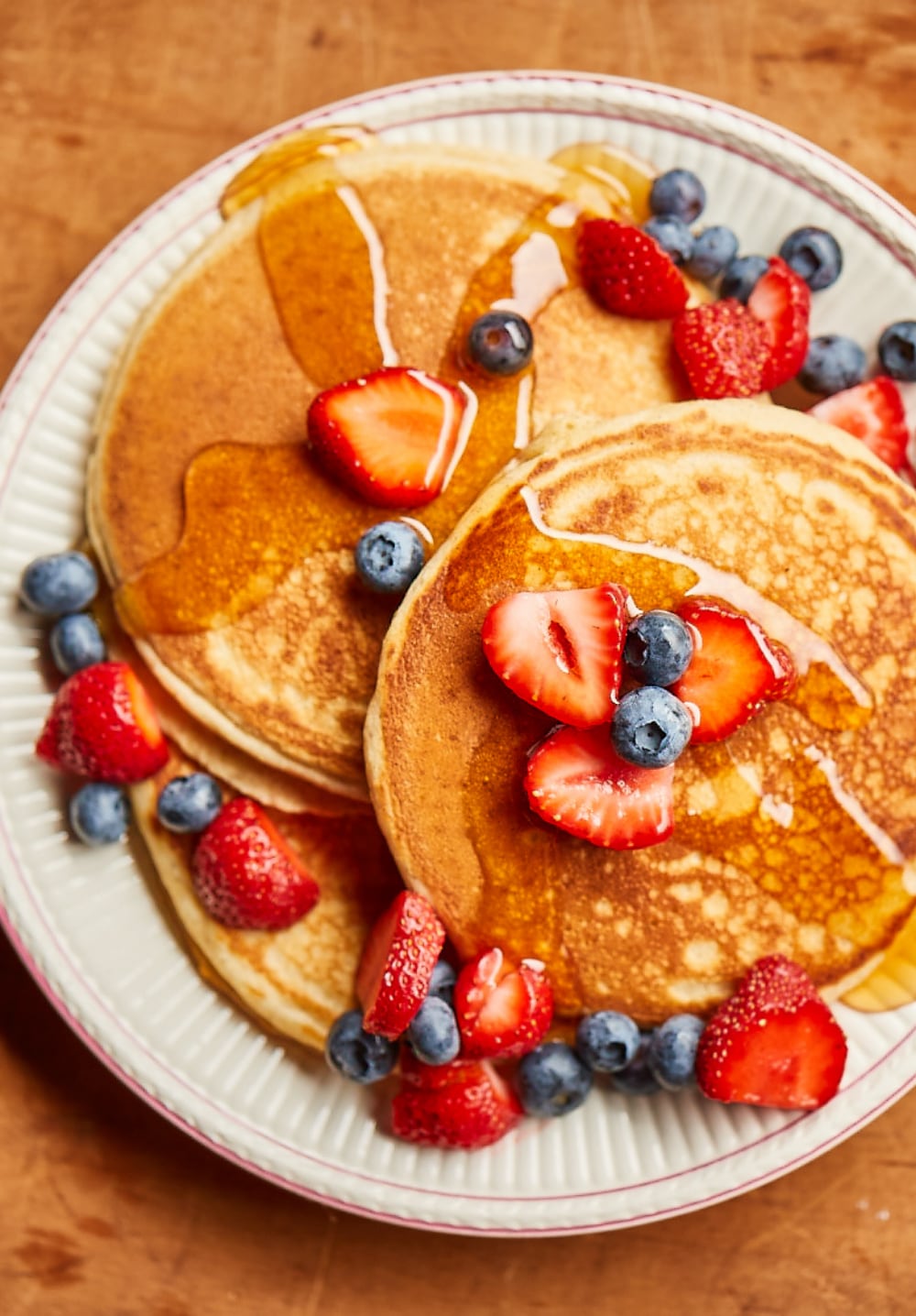 Buckwheat was the fastest growing cash crop in the region.

These trails rise to the occasion 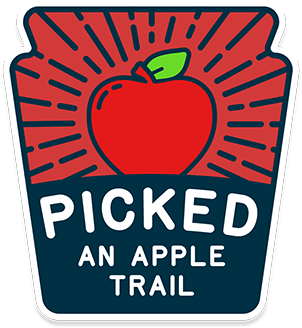 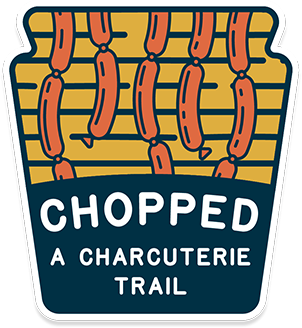 Savory is the new sweet 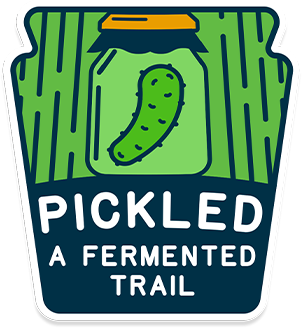 A thrill ride of brine