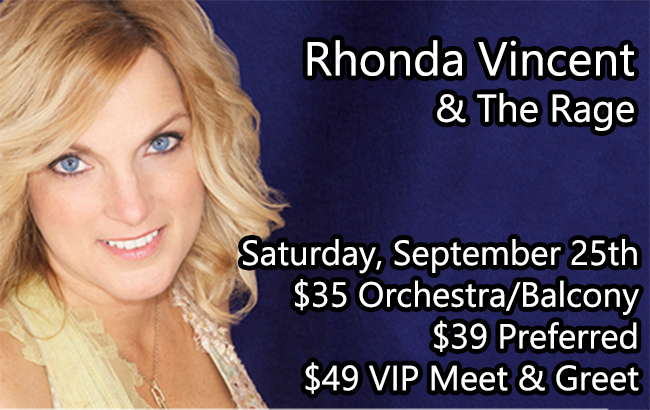 Rhonda Vincent and The Rage

One of country music’s most respected female vocalist. She’s an artist at the top of her game with multiple Grammy nominations, 5 Consecutive Entertainer of the Year Awards and 7 consecutive Female Vocalist of the Year Awards. Rhonda Vincent & The Rage are the most awarded Band in Bluegrass Music.