32 Virtual Experiences to Take Across Pennsylvania!

Don’t fret, Happy Travelers! With over 46,000 square foot miles of smiles to explore, you can still pursue your happiness, or um hominess, in PA. Now may not be the time travel, but these virtual tours of history, art, and nature will surely inspire your travel dreams.

Check out multiple online exhibits at the State Museum of Pennsylvania, including Penn’s Treaty, which looks at the peace deal that William Penn established with the Native Americans, and “Made in PA,” which includes unique objects made in the Keystone State.

Jump on a virtual tour of the site that became the turning point in the American Revolution. Marvel at life during winter at Valley Forge through the Valley Forge National Historical Park’s collections and the headquarters occupied by General George Washington and his officers during the encampment. 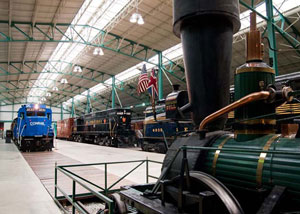 Take your pick of several 360-degree virtual tours of equipment at the Railroad Museum of Pennsylvania. From steam locomotives to club-restaurant-sleep cars, you’ll be taken to a roaring time of industrial magic. 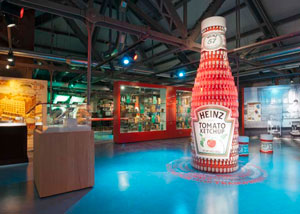 Love the toys that made us? Then you’ll enjoy virtual tours offered by the Senator John Heinz History Center, giving you the chance to run down memory lane with the toys of the 50s, 60s, and 70s! You’ll come across old favorites like Barbie, Gumby, and that adorable mechanical monkey clapping cymbals.

5. Museum of the American Revolution

Take a behind-the-scenes field trip to Beyond the Battlefield: A Virtual Field Trip hosted by Lauren Tarshis. Discover stories of two teenagers who served during the Revolutionary War and see the actual tent that George Washington lived in as he traveled with his soldiers.

Immerse yourself in an entire library of videos shot from the engine cabs of toy trains at the National Toy Train Museum. Race along the track layouts of the museum and check out the locomotives from the 1800s to present day! 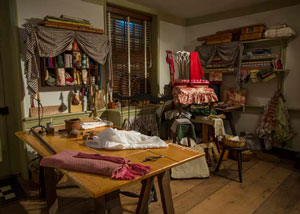 Feeling patriotic? Take a virtual tour of the sights and sounds of the 18th century Betsy Ross House, as well as the inspiration that went into creating the tightly woven Stars and Stripes in the colorful fabric of America’s rich history.

You will not be disappointed when you take a virtual trip through 30 of Bucks County’s most significant historical and cultural sites including the Mercer Museum & Fonthill Castle, New Hope Railroad, Bowman’s Hill Wildlife Preserve, and Mitchner Art Museum.

Beautiful colors and spectacular fashion. That’s what you’ll see on any of the seven virtual tours offered by The Frick. With art ranging from pastel works by Jean-Francois Millet to fashion from the Gilded Age, keep your creative juices flowing even while you’re indoors.

The American Treasure Tour Museum offers a short video tour into the collections housed in a former tire factory. Take a virtual tour to see a beautifully restored self-playing orchestra, life-size clown statues, stuffed animals from carnivals and promotional campaigns, and decades worth of movie posters. 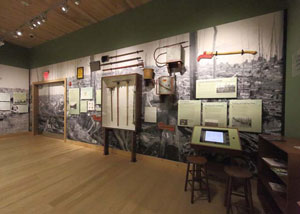 Did you know PA’s lumbering heritage is pretty popular? Embark on a brief video tour of the Pennsylvania Lumber Museum’s exhibits and 10-acre campus, including a re-creation of an early 20th century lumber camp. 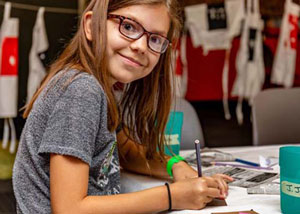 Although it’s not technically a “virtual tour”, the MuseumLab at Pittsburgh’s Children’s Museum has put together some creative do-it-yourself projects kids can do while they’re stuck at home. Your kids will surely keep themselves occupied and beat boredom with these activities, which include quilling, embroidery, basic weaving, knotting, and planting! 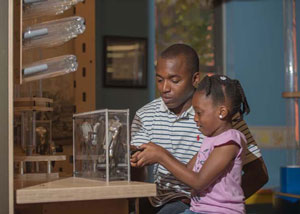 Offering Museum Fun 101 on the expERIEnce Children’s Museum Facebook page every Monday, Wednesday, and Friday at noon, these museum educators have been working hard to gather and share resources for little learners to enjoy while the museum is closed. 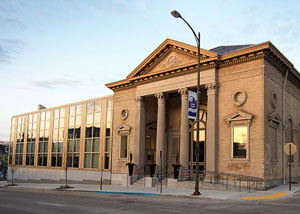 Each week, the Allentown Art Museum will feature a new activity to put creative minds to work. These activities are posted online and are appropriate for all ages, and even give you the chance to win a prize! 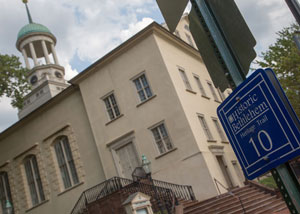 Historic Bethlehem continues their "Free Sundays at the Museum" programming in a digital format. Each week, they'll send out a newsletter with fun activities that kids can do at home. Plus, they've turned some of Bethlehem's most famous structures into coloring pages. If you're ready for a bit of fresh air, consider taking a self-guided tour through the Historic Bethlehem Heritage Trail. You can purchase digital access to the audio guides on their website. 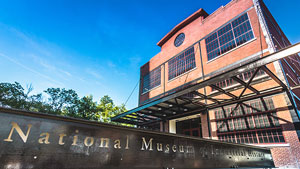 You'll find a variety of programming suitable for various age groups ranging from children's story hours to live lectures with historians through the National Museum of Industrial History’s virtual offerings.

Operating as the only museum in Western Pa with a specific focus on Chinese and Japanese art and culture, coupled with Meissen porcelain, the Maridon Museum is now including a virtual tour for art lovers to explore. The Maridon’s permanent collection includes more than 800 art objects. The Asian art collection includes jade and ivory sculptures, tapestries, landscape paintings, scrolls, and artifacts, dating bac to the Neolithic Period. 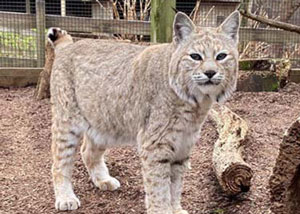 Grab your kiddies and take them on an animal adventure at Zoo America! Join the experts for a virtual zoo visit on Facebook Live every day at 11 a.m. Ask your questions during the live broadcast and have fun with the featured animal of the day! For more information on the animals, check out the Zoo America website.

Need more animal loving? The Philadelphia Zoo is also hosting a Facebook Live series called “Philly Zoo at 2.” Check out their page every weekday at 2 p.m. and go behind-the-scenes to meet some of the animals living in America’s oldest zoo.

Elmwood Park Zoo has a number of resources to educate and entertain their home-bound supporters. Kids will love the activities that make up their online education hub, Bubby’s Club! Children have the option to play games, browse videos, and read along with selections from Bubby’s Book Club. There are even resources for teachers looking to add to their virtual curriculum. 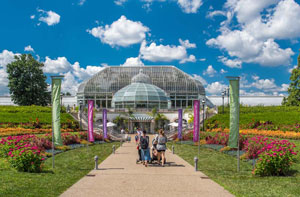 Take an online tour to check out every section of the Phipps Conservatory and Botanical Gardens. From the Japanese Courtyard Garden to the Production Greenhouse, you’ll be better prepared to embrace spring and all its glory through this online experience.

Being indoors doesn’t mean you have to miss out on the beauty of nature! Join Sarah Lewis, School Programs Manager, as she gives you a virtual tour of the serene Asbury Woods vermicomposting program and reads Winnie Finn, Worm Farmer.

Keystone Elk Country Alliance hosts live cams on their website to see PA's majestic Wild Elk Herd at the Elk Country Visitor Center. Check out this family of herd animals, often seen in large groups of 50 or more grazing on the hillsides with your own family! 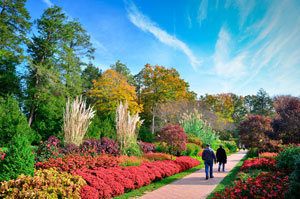 Did you know you can go on a virtual field trip at Longwood Gardens? The museum educators deliver lessons directly to your students, during which they engage them in discussion and problem-solving activities as they explore topics through video, images, and hands-on activities.

Check out world-class music and fun videos from the Erie Philharmonic’s orchestra players posted daily on their Facebook page.

Every Monday, Wednesday, and Friday, the Erie Playhouse welcomes all to enjoy PLAYtime sessions at 3 p.m. on their Facebook page or YouTube channel. Add some extra learning activities to your PLAYtime session and get a free downloadable “Pretend” matching game to play along!

Explore digital experiences and see some of the best of the Laurel Highlands without leaving your chair. Some activities include micro-tours, online classes, national park tours, museum tours, and story time on Facebook Live, that will keep you entertained! Kids can also get in on the fun through creative expression every day from coloring pages provided on Laurel Highlands’ website and social media channels. 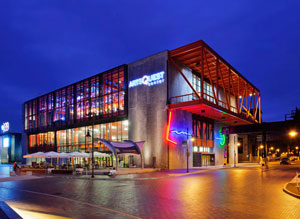 The team at ArtsQuest is no stranger to bringing the community together for gatherings and events. While in-person events are on hold, they're taking things to the digital front offering a variety of interactive at-home experiences including live-streams of concerts, move talks, comedy workshops, art classes, and story times.

There are still ways to discover the Lehigh Valley from the comfort of your home! Check out some ways you can stay connected to happenings across the region including virtual tours, livestreams, and at-home activity packs (coloring pages, crossword puzzles, and word searches).

Put your escape skills to the test with The Escape Game’s online games! Act, draw, and solve your way to freedom through the Prison Break board game or check out Unlocked: Volume 1 to track down an infamous art thief.

Missing the thrills of roller coasters? You can take a virtual ride on favorites like Thunderhawk, Talon, and Steel Force! Plus, Dorney Park provides ideas for at-home activities where you can build your own amusement park or ride. For something a little more easy-going, print out one of their Planet Snoopy-inspired coloring pages to get your creative juices flowing.