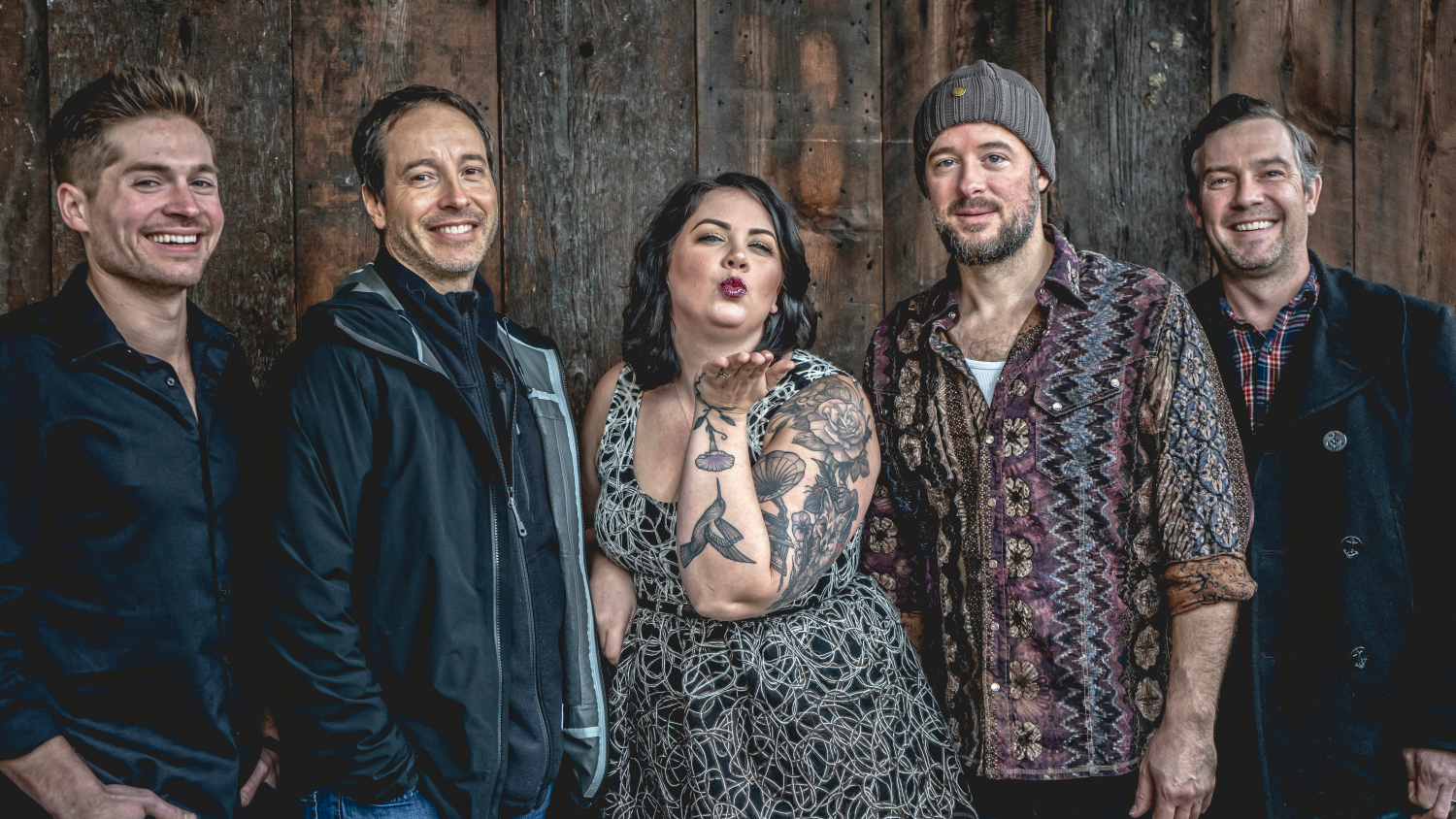 All Ages Admitted // 21 to drink with ID General Admission: stand or sit, there isn’t a bad spot in the house! Reserved Balcony seating available for Sherman Theater Members only For membership information, please contact [email protected] VIP BOX: Sherman Theater Members $415 | Non-Members $495 SKYBOX: Sherman Theater Member $525 | Non-Members $605 FOR INFORMATION ON VIP BOXES AND SKYBOXES, CALL 570-420-2808 Can’t make the show? Donate now to support so we can bring more events like this! Pioneers. Innovators. These are but a few of the monikers that Yonder Mountain String Band has worn since their inception. From the first Yonder shows in the fall of 1998 to their drive-in tour of 2020, this touring force has brought their adventurous musical spirit to countless venues for nearly a quarter century. Yonder Mountain’s early success was fueled by their desire to make a sound distinctly their own, whether performed on crowded stages or selling out the hallowed Red Rocks Amphitheater. Their traditional take on bluegrass sound was fused with their diverse musical influences ranging anywhere from punk rock to the Grateful Dead. The combination of the band’s unique personalities, extended musical improvisations, their jam band fan culture and their collaborative effort on writing and arranging original songs which span multiple genres—attracted more of a freewheeling jam crowd than the traditional bluegrass scene which, in turn, exposed a whole new generation of fans to Bluegrass. No band that has stood the test of time is without transformation and Yonder Mountain has had their fair share of change. In 2014, Yonder Mountain and Jeff Austin announced they were parting ways. Austin went on to tour full time with his side project, The Jeff Austin Band, with a rotating lineup of musicians playing with him until his unexpected death in 2019. Yonder’s ninth studio album will be released in late 2021. It features founding members Adam Aijala on guitar, Ben Kaufmann on bass, Dave Johnston on banjo, alongside the 2015 addition of Allie Kral on fiddle, and newcomer, multi-instrumentalist Nick Piccininni handling duties on mandolin, second fiddle, and anything stringed. Yonder Mountain String Band is a quintessential ensemble honing its craft night after night on the road; the result is music that doesn’t stand still, it’s always progressing and breaking unprecedented ground.