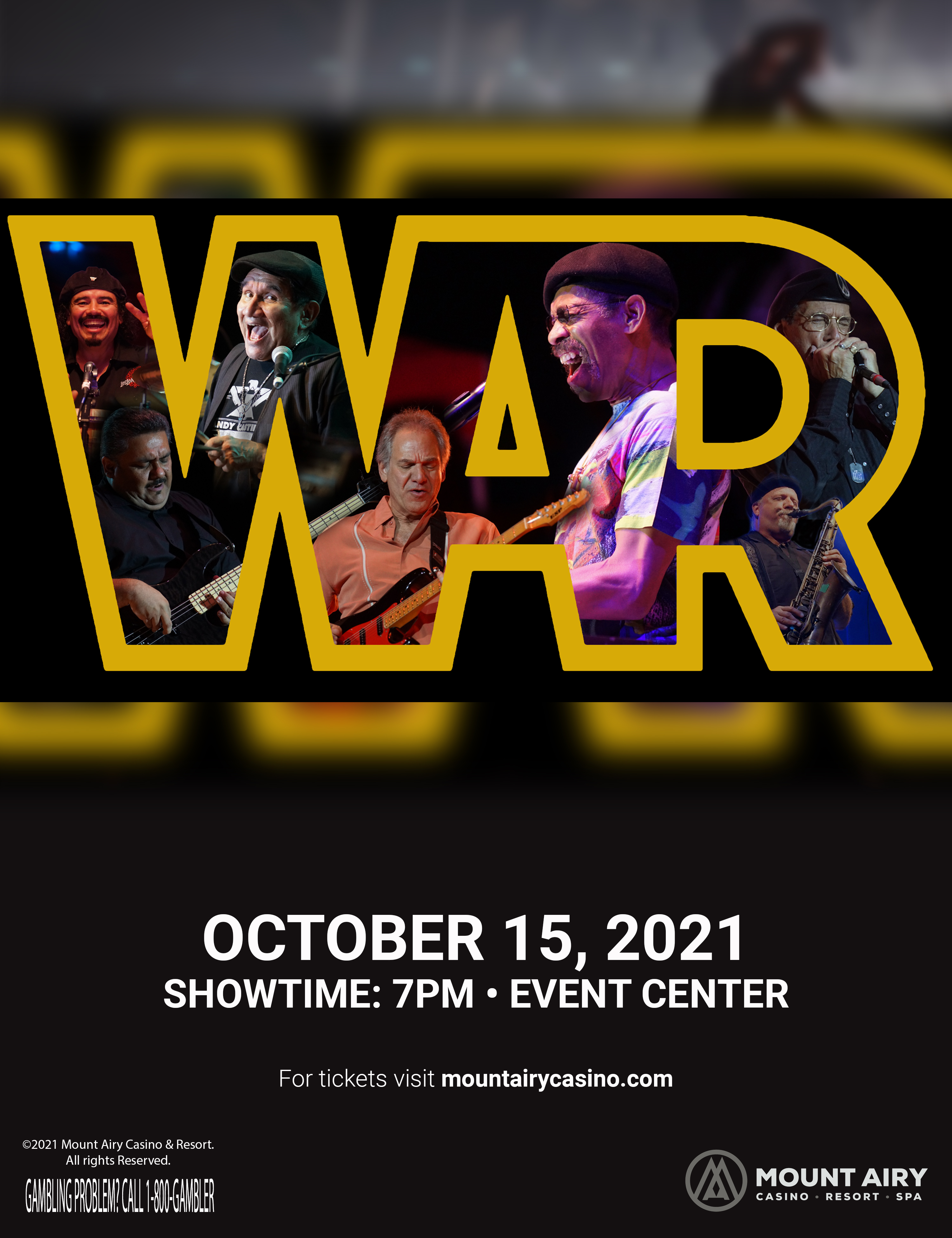 Multi-platinum-selling WAR, the original street band, has been sharing its timeless music and message of brotherhood and harmony for almost 5 decades before millions across the globe WAR has sold more than 50 million records since its formation to include ten Billboard Top 10 hits. Top 40 hits include the timeless classics “Why Can’t We Be Friends,” “Low Rider,” “The World Is A Ghetto,” “The Cisco Kid,” and many more More recently, LA Weekly declared WAR in the top 10 concerts of 2018. The group has been honored numerous times by the City of Los Angeles for its community involvement, as well as many other communities throughout the world.