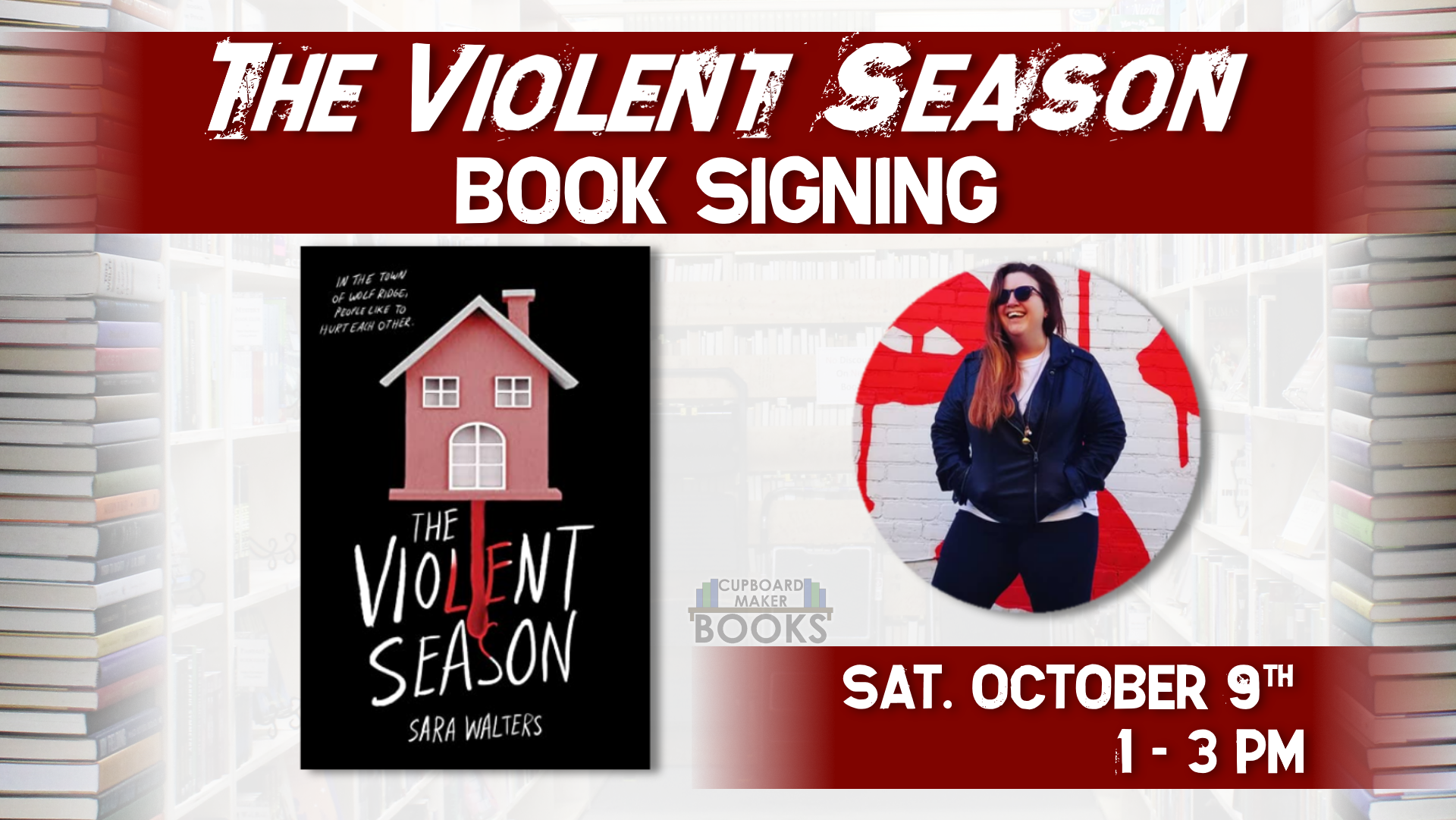 Prepare yourself for The Violent Season this October with author Sara Walters. Cupboard Maker Books will be hosting Sara for a book signing on Saturday, October 9th from 1 to 3 PM. The Violent Season: “There is something terribly wrong in Wolf Ridge. Every November, every teen is overwhelmed with a hunger for violence...at least, that's the urban legend. After Wyatt Green's mother was brutally murdered last Fall, she's convinced that the November sickness plaguing Wolf Ridge isn't just a town rumor that everyone ignores...it's a palpable force infecting her neighbors. Wyatt is going to prove it, and find her mother's murderer in the process. She digs up every past brutal act she can find from Wolf Ridge's past—from car wrecks, suicides, and unnamed victims turning up in rivers—and even reaches out to an out-of-state journalist that seems to believe her. But all of her digging leads to nowhere. Everyone in Wolf Ridge accepts that the November sickness is real, and absolutely no one will talk about it. As Wyatt's best friend Cash turns on her, and her friend is almost killed in a tragic accident, Wyatt panics—how can she keep her friends safe, and find her mother's murderer, when no one believes her? As the evidence stars to disappear, Wyatt wonders: is she just imagining everything? Is the sickness real, or are the people of Wolf Ridge just naturally prone to doing bad things? Can Wyatt and her friends come out of the Violent Season unscathed, or is one of them going to be the next victim?” Find out more about Sara and her work at saradoesthings.com