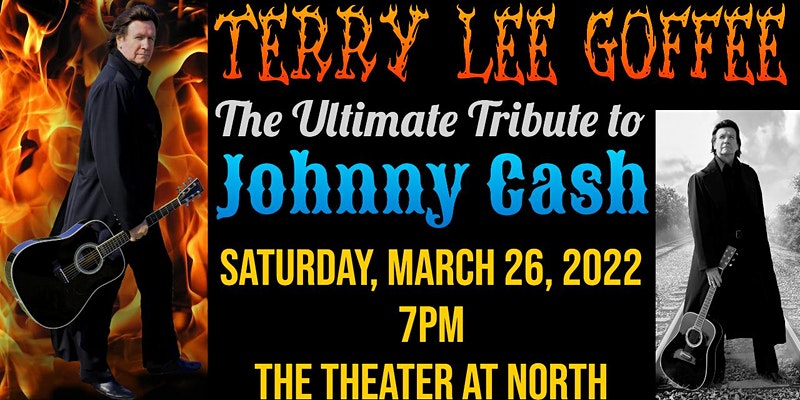 Terry Lee Goffee has been a fan of Johnny Cash since he was only 8 years old. To honor his musical hero, Terry Lee started performing his tribute to Johnny Cash in which he portrays Johnny Cash in the first person. The show sprang from Terry Lee’s appreciation and love, not only for the music of Johnny Cash, but for the man himself. Among the 34 songs included in the tribute are Cash classics including: “A Boy Named Sue,” “Sunday Morning Coming Down,” “I Walk the Line,” “Ring of Fire,” “Folsom Prison Blues,” and “Hurt.” Terry Lee’s tribute to Johnny Cash has taken him all across the US, Canada, Ireland, and the UK. He was even selected to provide the moves for the Johnny Cash character in Guitar Hero 5! You won't want to miss this incredible singer back by such a talented band! A meet-and-greet with Terry Lee will follow the show for autographs/photos.