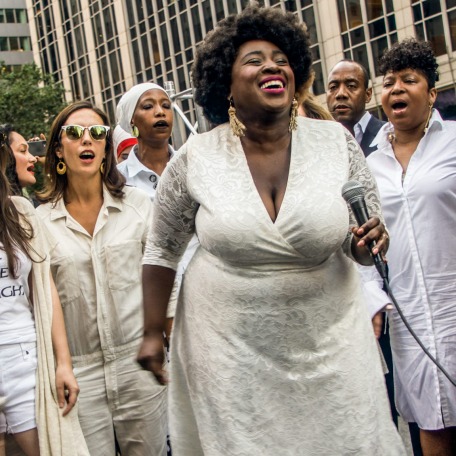 Don't miss Resistance Revival Chorus on Friday, October 7 for a one-of-a-kind performance Downstage @ the Mann! Drawing from a larger collective of more than 60 women and non-binary singers, the Resistance Revival Chorus fuses music and activism inspiring change and uplifting women’s voices in the music industry and the world. Chorus members are touring musicians, film and television actors, Broadway performers, solo recording artists, gospel singers, political activists, educators and more, representing a multitude of identities, professions, creative backgrounds and activist causes. From major concert halls and music festivals to pop-up performances for unsuspecting subway riders, the chorus performs euphoric music that mines the rich history of the protest song and embraces joy as an act of resistance.