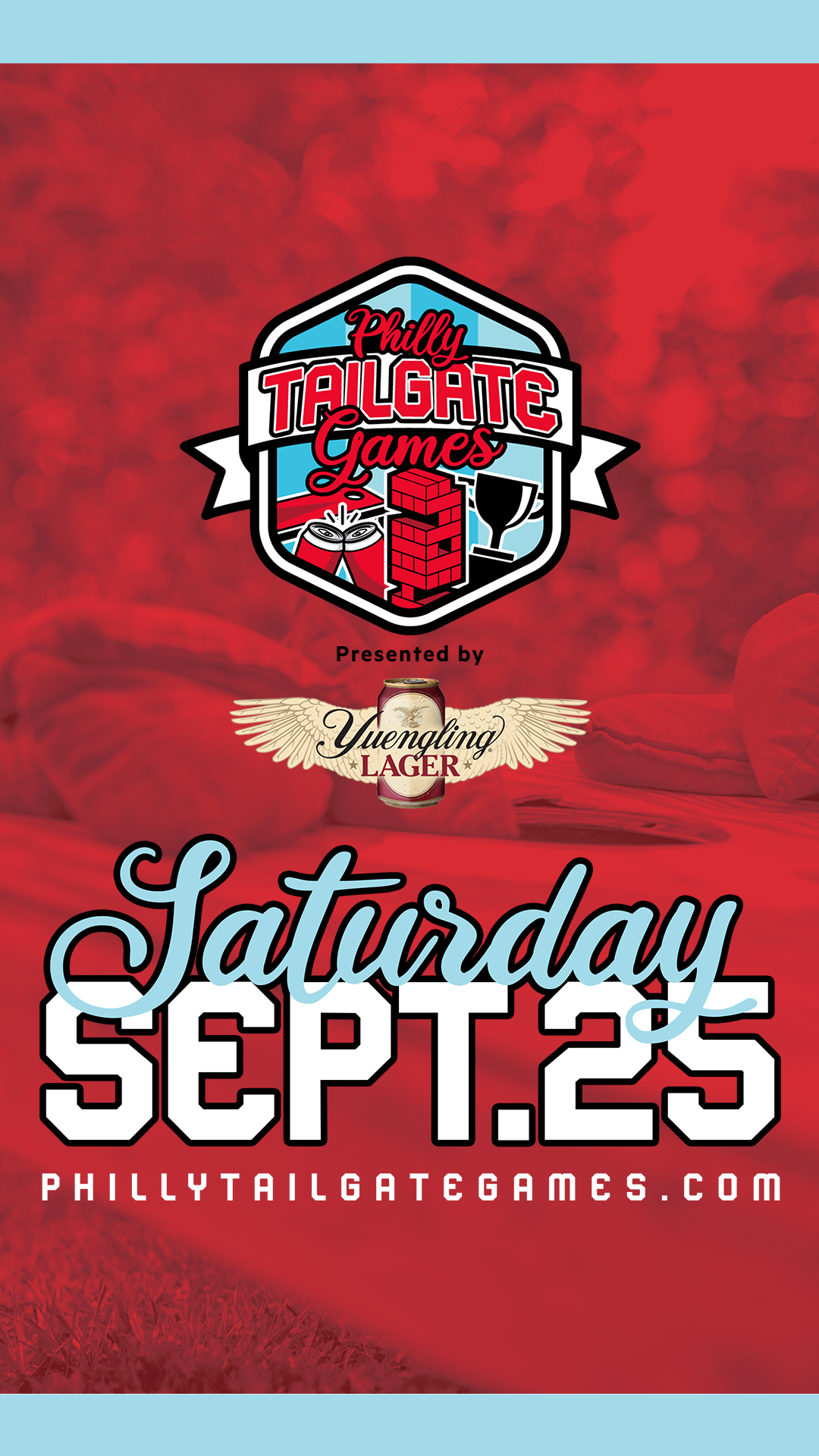 On Saturday, September 25, the pregame will be THE GAME at Wells Fargo Center when the arena hosts The Philly Tailgate Games presented by Yuengling Traditional Lager. At this block-party-style event, fans can close out their summer and kick-off tailgate season by competing for tailgate glory in games like Cornhole, Ladder Golf, Washers, Jenga, and more for epic prizes like a year of free beer and Flyers season tickets. The games will also feature great food, great Yuengling beers, and live music from Lost in Paris right outside Wells Fargo Center. Whether you plan to be a competitor or just want to attend an unforgettable block party, all ticket holders will have the chance to enter and win the evening’s epic raffle prize, a pair of tickets to every concert at Wells Fargo Center for a year. Tickets for The Philly Tailgate Games are on sale NOW at PhillyTailgateGames.com. Both Tournament tickets ($40) and General Admission tickets ($10) are available for purchase. Fans of all ages are welcome to attend, and those who are 18+ can battle for bragging rights and amazing, one-of-a-kind prizes by battling in a series of tailgate game tournaments. 21+ to win beer prizing. Details on the tournaments and prizing can be found below: The Philly Tailgate Games will include a series of four main tournaments in Cornhole, Jenga, Washers, and Ladder Golf -- each competition will also have a redemption tournament. All main tournaments are limited to teams of two, with prizes being awarded to the top two teams competing in each event. CORNHOLE Faceoff in America’s favorite tailgate game to see who has the best tailgate toss in Philadelphia. Prizes will be awarded per player (2 prizes total) and include: • First Place: Year of free beer • Second Place: Month of free beer JENGA Compete to see who will be the last one standing *literally* in this table-top classic turned life-sized. Prizes will be awarded per team (single prize split between teammates) and include: • 1st Place: Suite at Wells Fargo Center for a concert of your choice (**suite seats 12) • 2nd Place: Two (2) tickets to any concert of your choice at Wells Fargo Center WASHERS Go head-to-head to see whose “pitch” will rake in first place. Prizes will be awarded per team (single prize split between teammates) and include: • First Place: Live! Casino One-Night Stay & Dinner Credit ($300 hotel credit; $200 dining credit) • Second Place: Live! Casino Dinner Credit ($200 dinner credit) LADDER GOLF You don’t need a caddy to climb the ranks in this showdown. Prizes will be awarded per team (single prize split between teammates) and include: • First Place: Philadelphia Flyers 2021-2022 Season Tickets • Second Place: Two (2) tickets to Philadelphia Flyers game of your choice Ticket prices range from $40 for a Tournament Team ticket (teams must have two players signed up) to $10 for General Admission and Redemption Round tickets. **Redemption Round tickets can only be purchased on-site during the event. In addition to the competitive tournaments, the event will feature a can’t-miss, block party atmosphere with live music, inflatable games, and classic food and beverage offerings. Lost In Paris, a Philadelphia-based cover band and Jersey Shore staple, will perform live in Wells Fargo Center’s E-lot. For fans looking to fuel up for the competition, Wells Fargo Center will offer gameday classics like Chickie’s and Pete’s crab fries, Shake Shack burgers, and other fan-favorite bites. Wells Fargo Center’s New Era Team Store will be open throughout the event for Flyers and 76ers fans looking to gear up before the start of the new season. Parking is FREE for all ticket holders.