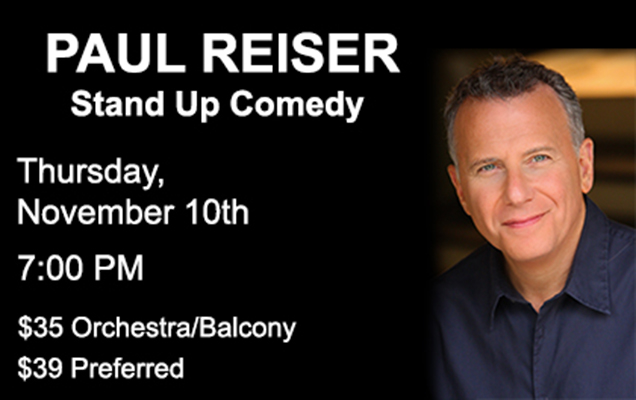 Comedian Paul Reiser is best known as the creator, writer, and star of the sitcom Mad About You. He most recently starred in two hit shows for Netflix — Stranger Things as Dr. Sam Owens and The Kominsky Method for which he received an Emmy nomination for Outstanding Supporting Actor in a Comedy Series. Reiser has spent the last 30+ years acting in Oscar and Emmy award-winning movies and TV shows. He regularly performs standup at sold-out venues nationwide and was voted one of the “Top 100 Comedians of All Time” by Comedy Central.