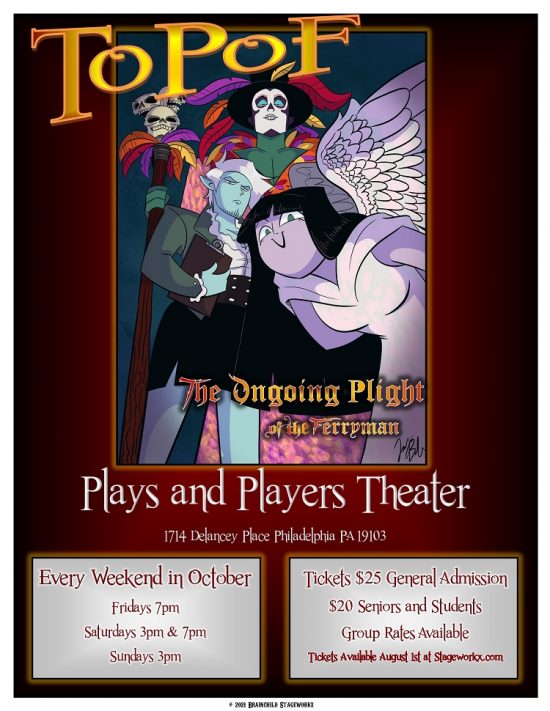 The Ongoing Plight of the Ferryman

Local production company Brainchild Stageworkx (ACCESsORY, Garreville) will open its dark musical comedy loosely based on the legend of the Ferryman on October 1st, 2021. Kharon the Ferryman (Kage Harris) is tasked with carrying souls to the other side, but has become bored with the monotony of his task. Azrael (Sophia Waninger), the angel of death, wants to maintain the natural order of things. What do you do when you don’t want to do the only thing you have to do? This family-friendly musical, created, directed, and produced by Philadelphia native and African American Ryk Lewis, ToPoF has a cast and crew that highlights racial, gender, and neuro spectral diversity. Featuring a myriad of musical genres, explosive choreography, and a cast from all over the Delaware Valley, this is one of the first truly home-grown and developed new works of theater on this scale in a long time. This production isn’t just a post-lockdown theater event, but an entire experience that is perfect for making up the Halloween that we didn’t get last year. Dark and marauding, funny and thrilling, The Ongoing Plight of the Ferryman is going to be the hottest ticket for theater fans this fall.