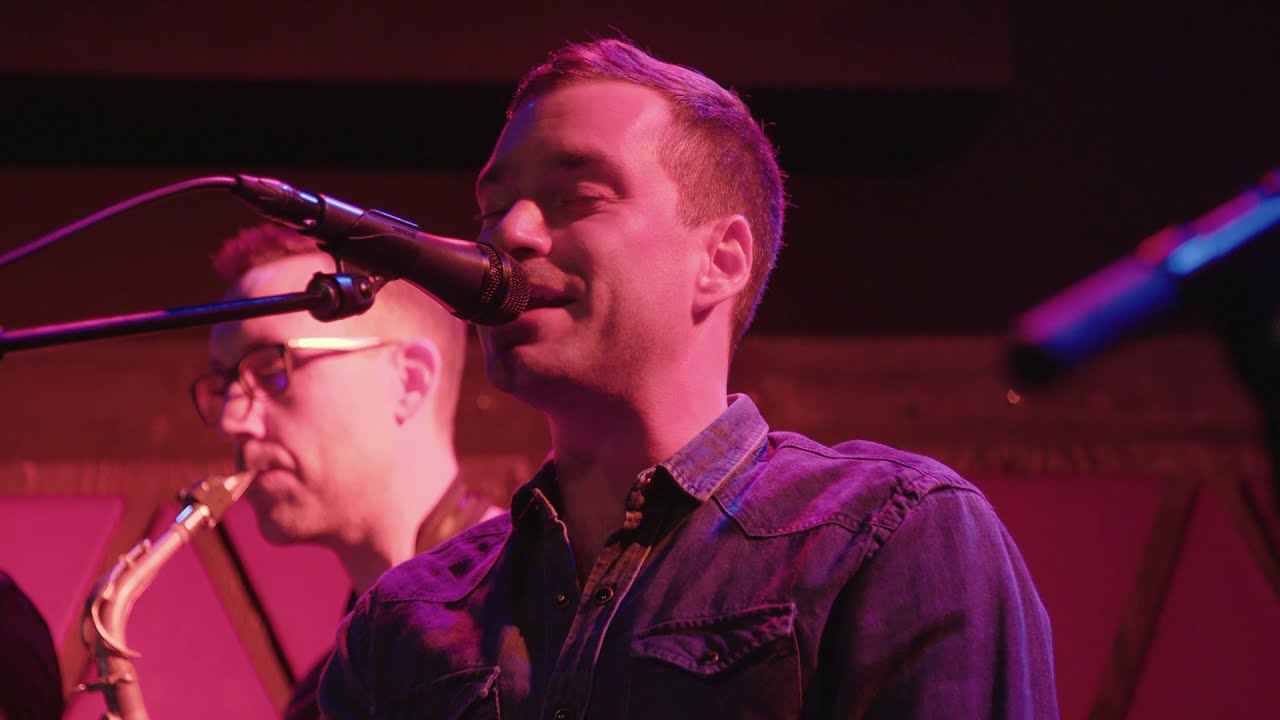 "Nat Osborn, “the mastermind behind the suitably named Nat Osborn Band, writes smart, punchy tunes that blend old-school Gershwin-era songcraft with decidedly modern sensibilities.” (Popdose) The Brooklyn based seven-piece band, flanked by a powerful three piece horn section, takes the best elements of soul, funk, indie-rock, and jazz and weaves them around Osborn’s truly infectious and clever songs. The band has recently returned from a three month stint in Europe supporting their April 2015 self-titled EP release on Rope-A-Dope Records. Formed at the end of 2011, the band quickly made a name for itself on the New York scene and the Northeast. After teaming up with producer Alex Bilowitz (Gavin Degraw, Jamie Lidell) and mixing/mastering team Scott Jacoby (John Legend, Vampire Weekend) and Emily Lazar (Foo Fighters, David Bowie), the band released its debut album The King and The Clown on March 28, 2013, at the famed NYC venue, Le Poisson Rouge. The King and The Clown earned glowing reviews and a place on some independent music critics’ lists of Best Albums of 2013. Following the release, the band toured tirelessly; playing 200+ live shows between the United States and Europe. They have appeared at, and often headlined, festivals on both sides of the Atlantic and been on television in seven countries, all while operating as a hard working independent act. The Nat Osborn Band: Facebook | Website Interested in purchasing tickets in person? Beginning July 1, tickets will be available for purchase Thursdays and Fridays from noon to 4:00 pm at 508 River Street • Hawley, PA 18428. Tickets will also be available for purchase on-site at Harmony In The Woods an hour before showtime. Call 570-588-8077 for help purchasing tickets or questions about the show. Logistics: * Please bring your own chair/blanket, drinks and snacks. Bug-spray is also encouraged. *Doors open a half-hour before showtime. Audiences will not be permitted on site until this time. *No refunds will be issued, except in the case an indoor alternative local venue has not been identified, and disruptive weather is expected. Eventbrite fees (usually between $2-$5 depending on ticket price) are non-refundable. *The spacious outdoor setting of Harmony in the Woods naturally lends itself to social distancing. Regardless, Harmony continues to follow CDC guidelines and recommends wearing a mask even if fully vaccinated, except while actively eating or drinking. According to US News and World Report, ""The CDC still recommends vaccinated people wear masks in crowded outdoor settings like concerts where social distancing might not be possible and unvaccinated people might be in attendance."""