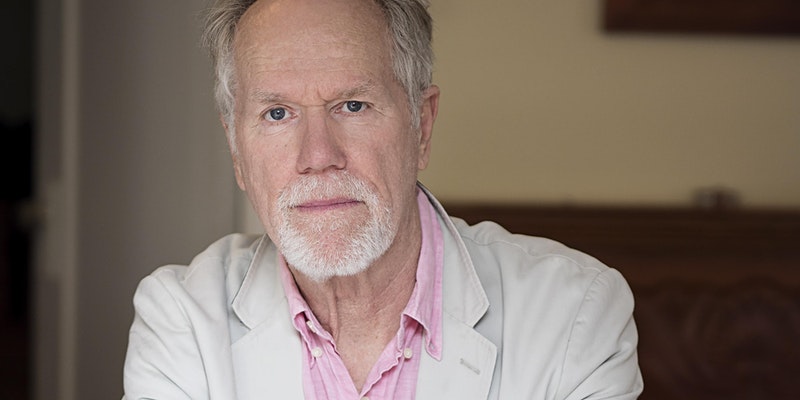 "Loudon Wainwright III | Saturday, Aug 21, 2021 Harmony In The Woods | On Rt 6 in Hawley, PA, next to North of the Border Fireworks Born in Chapel Hill, N.C. in 1946, Loudon Wainwright III came to fame when “Dead Skunk” became a Top 20 hit in 1972. He had studied acting at Carnegie-Mellon University, but dropped out to partake in the “Summer of Love” in San Francisco, and wrote his first song in 1968 (“Edgar,” about a lobsterman in Rhode Island). He was soon signed to Atlantic Records by Nesuhi Ertegun, and was lured by Clive Davis to Columbia Records, which released “Dead Skunk.” His songs have since been recorded by Bonnie Raitt, Johnny Cash, Earl Scruggs, Kate & Anna McGarrigle, his son Rufus Wainwright, and Mose Allison, among others. Wainwright has recorded 27 albums including his 2010 Grammy Award-winning ‘High, Wide & Handsome.’ In Fall 2018, Loudon will release ‘Years In The Making’ (StorySound Records), a 42-song treasury of rare and unreleased Loudoniana. This 2-disc, 60-page hardbound audio-biography of his 40-year career includes orphaned album cuts, lovingly lo-fi home recordings, radio appearances, demos, live performances and beyond. It features appearances by Kate McGarrigle, Suzzy Roche, Bill Frisell, Van Dyke Parks, Chaim Tannenbaum, David Mansfield, and the Wainwright children Rufus, Martha, Lucy and Lexie. In 2017, Wainwright published his memoir, ‘LINER NOTES’ (Blue Rider Press), which led to appearances on Fresh Air with Terry Gross and WTF with Marc Maron. The NY Times said the book “makes your heart wobble on its axis.” Wainwright also created a one-man theatrical show, Surviving Twin, which combines his songs and the writings of his late father. Initially developed as part of University of North Carolina's Playmakers series, it focuses on fatherhood—both being a father and having one—and also explores the issues of birth, self-identity, loss, mortality, fashion, and of course, pet ownership. Surviving Twin has been performed in limited theater engagements and will debut as a Netflix special later this year, produced by Judd Apatow and directed by Christopher Guest. Additionally, Wainwright has co-written with songwriter/producer Joe Henry on the music for Judd Apatow’s hit movie Knocked Up, written music for the British theatrical adaptation of the Carl Hiaasen novel Lucky You, and composed topical songs for NPR’s Morning Edition and All Things Considered and ABC’s Nightline. An accomplished actor, he has appeared in films directed by Martin Scorsese, Hal Ashby, Christopher Guest, TimBurton, Cameron Crowe and Judd Apatow. Wainwright has also starred on TV in M.A.S.H. and Undeclared, and on Broadway in Pump Boys and Dinettes. More recently, he appeared in the film Pleased To Meet You (with fellow music legends John Doe, Aimee Mann and Joe Henry). Loudon Wainwright III: Facebook | Website Interested in purchasing tickets in person? Beginning July 1, tickets will be available for purchase Thursdays and Fridays from noon to 4:00 pm at 508 River Street • Hawley, PA 18428. Tickets will also be available for purchase on-site at Harmony In The Woods an hour before showtime. Call 570-588-8077 for help purchasing tickets or questions about the show. Logistics: * Please bring your own chair/blanket, drinks and snacks. Bug-spray is also encouraged. *Doors open a half-hour before showtime. Audiences will not be permitted on site until this time. *No refunds will be issued, except in the case an indoor alternative local venue has not been identified, and disruptive weather is expected. Eventbrite fees (usually between $2-$5 depending on ticket price) are non-refundable. *The spacious outdoor setting of Harmony in the Woods naturally lends itself to social distancing. Regardless, Harmony continues to follow CDC guidelines and recommends wearing a mask even if fully vaccinated, except while actively eating or drinking. According to US News and World Report, ""The CDC still recommends vaccinated people wear masks in crowded outdoor settings like concerts where social distancing might not be possible and unvaccinated people might be in attendance."""