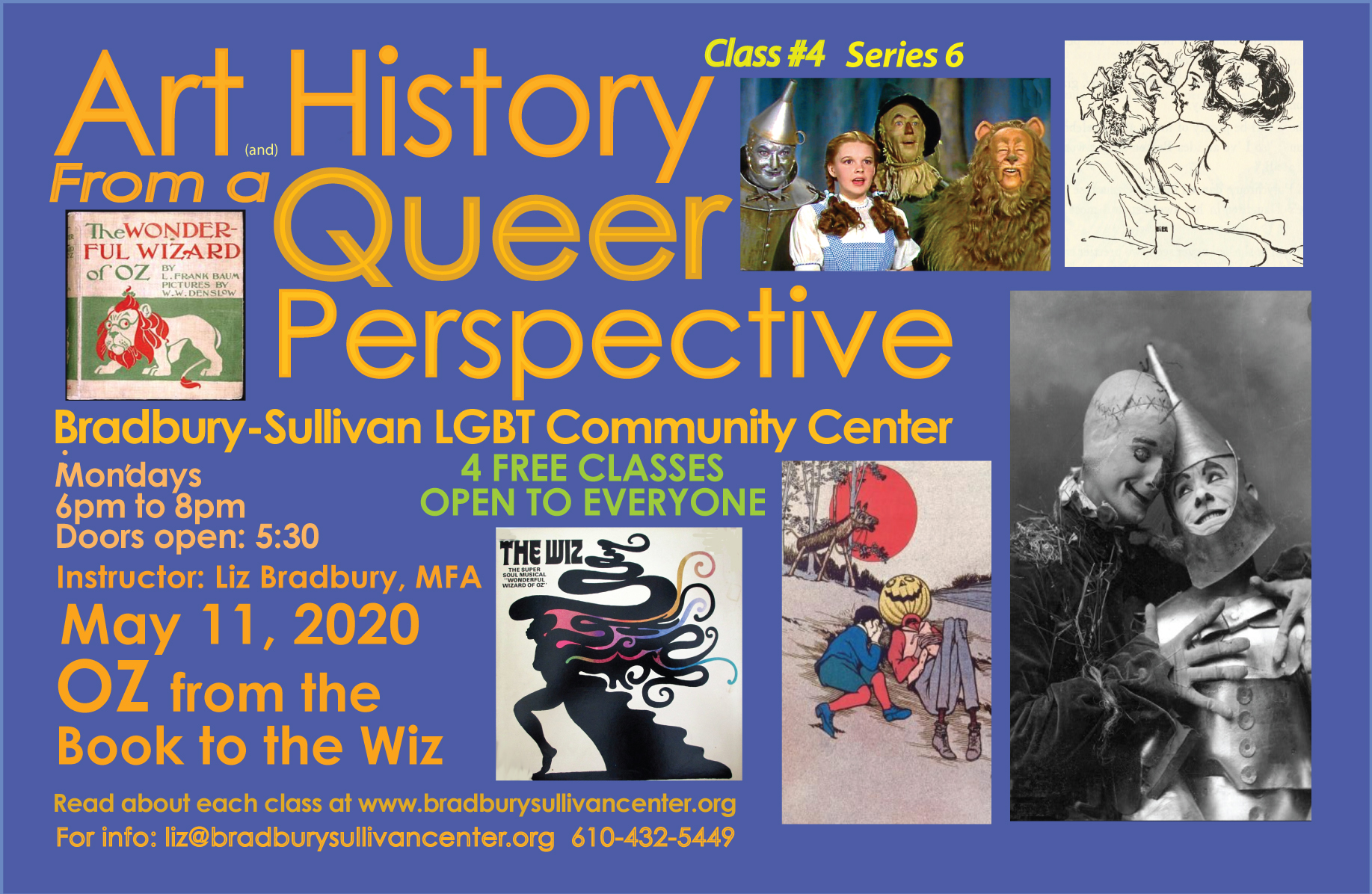 LGBT Art History: Oz From the Book to The Wiz

The American classic, The Wizard of OZ, written by L. Frank Baum in 1900 and its 1939 Hollywood movie, have been cited as the most influential American works of all time. One out of 3 books, movies, TV shows, and advertisements today makes a cultural reference to OZ. And the whole world of OZ has all sorts of Queer connections and references. Did you know that the Wizard of Oz book was the first in a series of 14 OZ books, and that they were banned by libraries because they featured a Transgender child? Did you know that the main series continued after Baum’s death and that two of the authors were Gay? Featured in this class will be some of the beautiful gender-bending Art Nouveau Illustrations of the early books. We’ll cover the cult film The Wiz and the wildly successful groundbreaking Broadway musical it came from. And then there’s Judy Garland! There are a lot of reasons we were and still are called Friends of Dorothy! This class celebrates the Queerness of OZ long before Wicked. Instructor and OZ scholar Liz Bradbury, MFA can’t wait for this one! And there will be great themed snacks! Sit back, prepare to laugh, view slides, listen, learn about and discuss the lives and work of Lesbian, Gay, Bisexual, Transgender, and Queer artists and other key figures in history.. Consider the LGBTQ imagery of mainstream artists in various periods of history. And after the class there is also a social opportunity, with themed snacks, to discuss interesting things with old friends, or meet new ones in this exciting free 4 session class at the LGBT Community Center.