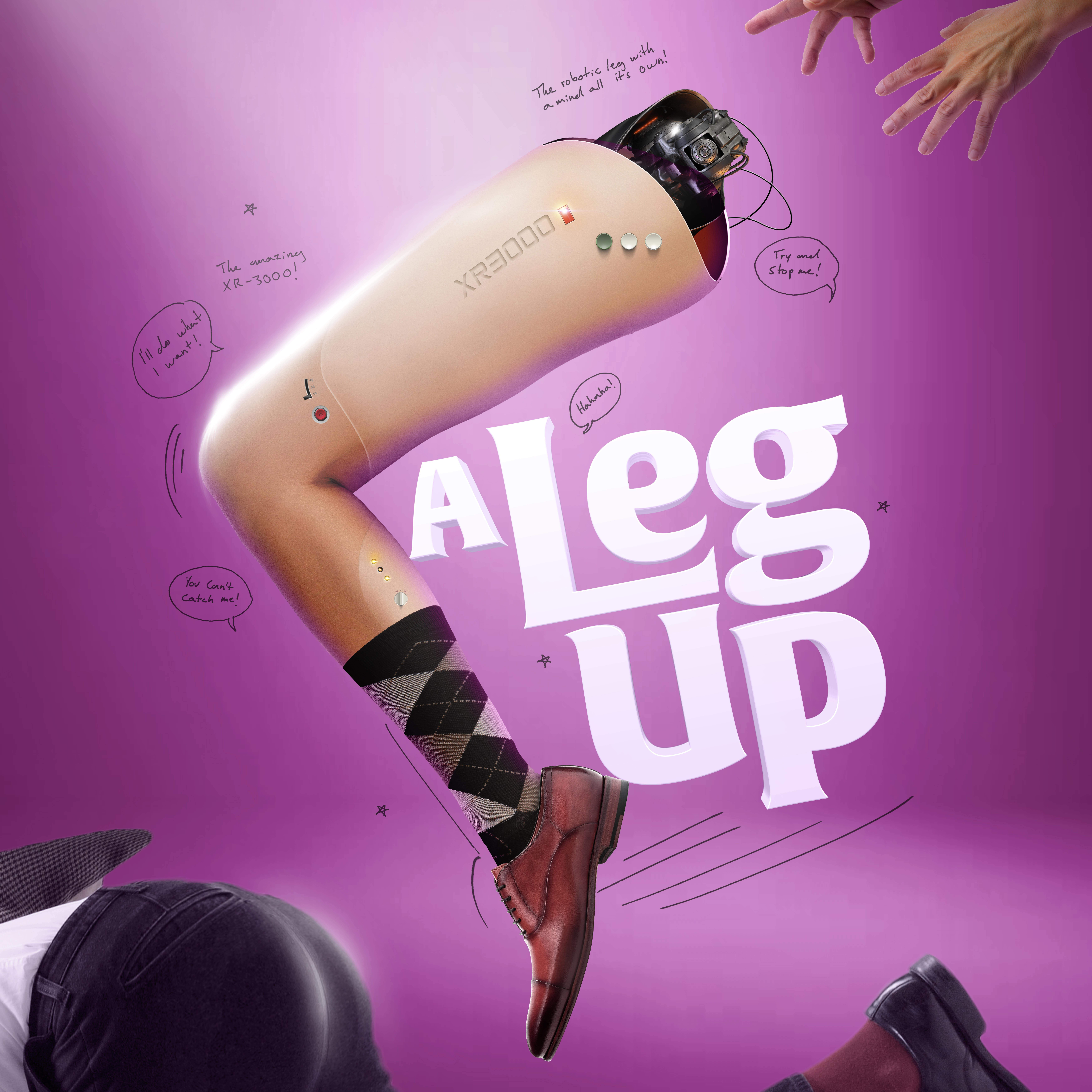 A world premiere comedy for the 21st century! Charles’ family money is gone, and his rich wife wants a divorce. His future rests on the new XR3000, an intelligent prosthetic leg designed for the US senator who is running for president. Unfortunately, the leg is malfunctioning. Designed to interact with the conscious mind, instead it’s interacting with the subconscious, randomly kicking people it doesn’t like and playing footsie with those it does. Meanwhile, Charles’ Ukrainian maid is threatening to quit, his gold-digging mistress announces she’s pregnant, his business partner has her eye on his wife, the Senator is secretly having an affair with the leg designer, and it’s not even lunchtime yet.