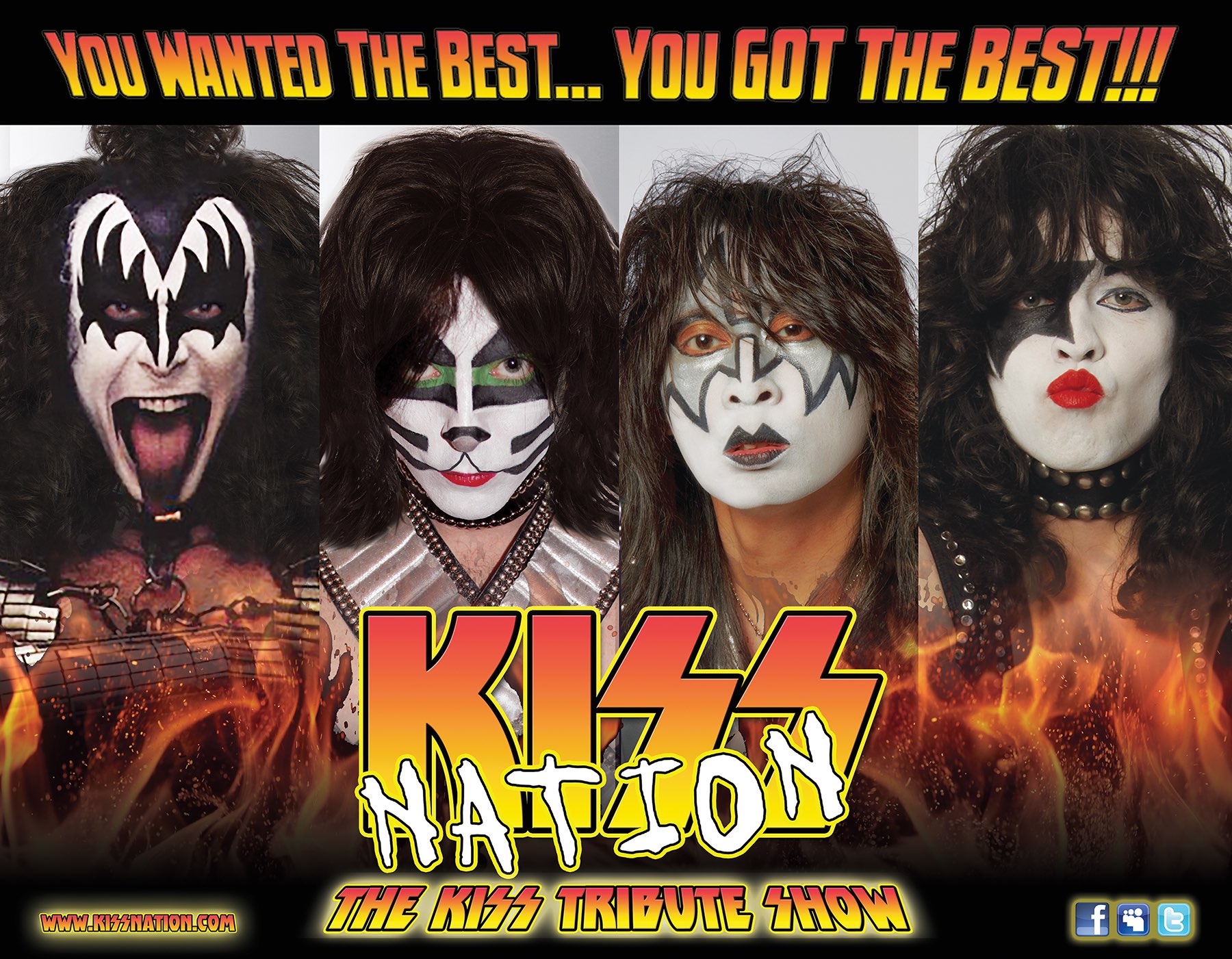 You Wanted The Best! You Got The Best! The Hottest KISS Tribute Band In The World! KISSNATION is one of the world’s most renowned KISS tribute bands. Born and bred on the same NYC streets as KISS, KISSNATION has been on the tribute scene for over 15 years and shares the same fiery passion to put on the greatest Rock and Roll show possible. Off the stage, KISSNATION has worked with the KISS camp on many projects, including appearances for KISS toy lines and promotions, such as the KISS Box Set, Gene Simmons’ autobiography, Tongue magazine, as well as working closely with Silvertone guitars in promoting their Paul Stanley guitar line. VH1 filmed a documentary on the band titled Mock Rock in which the VH1 cameras followed the band in and out of the KISS world, leading up to the band playing a show for Gene Simmons, Paul Stanley, Tommy Thayer, and Doc McGhee. How does KISSNATION DIFFER from other KISS tribute bands? KISSNATION says, “We appreciate the fact that there are plenty of KISS tribute acts, so we choose to separate ourselves by performing songs, not only from KLASSIC 70’s KISS, but also, KISS music of the 80’s, 90’s and 2000’s. We perform any KISS song of any era from the ‘Make-up’ or ‘Non-Make-up’ years. You want a band born of the same Blood, Sweat, Energy, and Angst as KISS? Then see KISSNATION! It’s NOT just the make-up. It’s the SOUL. This is our very own way of celebrating the band that we love with KISS fans all over…who, like us…are one big KISSNATION.” KISSNATION has played in much larger theaters, concert halls, cruise ships and festivals to tens of thousands of fans all over the world. But through a special arrangement with their booking agent, Lisa Gandia, they have agreed to make their debut in the intimate setting of The Strand! Here, you’ll see every ‘spaceman’ guitar lick, ‘star child’ pucker, ‘catman’ cymbal crash and ‘demon’ fire breath from as close as an arm’s length! VIP MEET ‘N GREET AVAILABLE FOR THIS SHOW! Use keycode: VIP when ordering, and you will get early admission to the theater and have a chance to meet the band and take photos before the doors open to the general public. Doors for VIP Meet ‘N Greet open at 1pm for the matinee and 6:30pm for the evening performance! For KISSNATION Media Inquiries, contact the band’s Agent Lisa Gandia at [email protected]