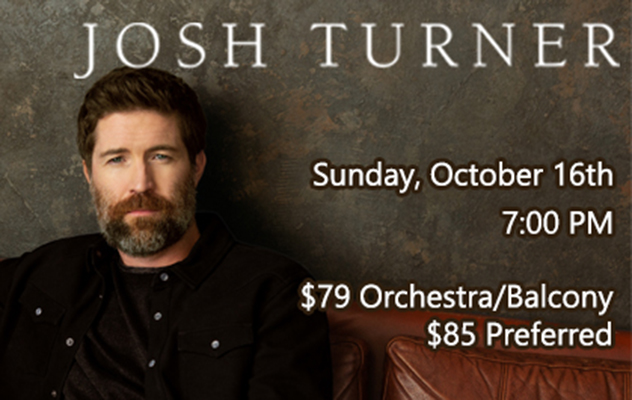 Josh Turner has been one of country music’s most recognizable voices. His distinctive, resonant baritone has brought him #1 hits and five gold and platinum albums. Turner has scored multiple Grammy, CMA, and ACM Awards nominations and received six Inspirational Country Music Awards. He has sold more than 8.5 million units, topped more than 2.5 billion in global streaming and populated radio with such memorable hits as “Hometown Girl”,”Would You Go With Me”, “Your Man”, “Time is Love”, “Why Don’t We Just Dance” and “Long Black Train”.