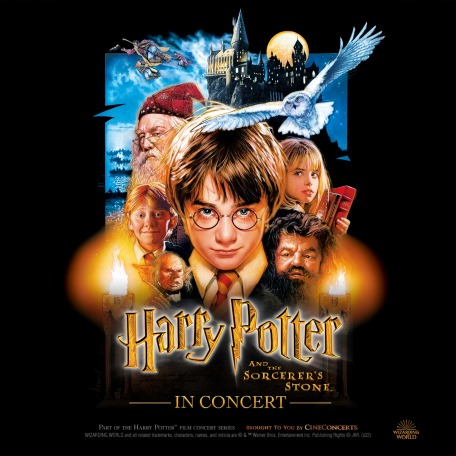 Harry Potter and the Sorcerer’s Stone™ In Concert

"You're a wizard, Harry!" We're going back to the movie that started it all! The Harry Potter™ Film Concert Series returns to the Mann this summer with Harry Potter and the Sorcerer's Stone™ In Concert, the first film in the Harry Potter series. On July 23, join us as The Philadelphia Orchestra performs John Williams’ unforgettable score live while the entire film plays in high-definition on a 40-foot screen. In 2016, CineConcerts and Warner Bros. Consumer Products announced the Harry Potter Film Concert Series, a global concert tour celebrating the Harry Potter films. Since the world premiere of Harry Potter and the Sorcerer’s Stone In Concert in 2016, more than 2.7 million fans have enjoyed this magical experience from the Wizarding World, which is scheduled to include over 1,295 performances across more than 48 countries worldwide through 2022. WIZARDING WORLD and all related trademarks, characters, names, and indicia are © & ™ Warner Bros. Entertainment Inc. Publishing Rights © JKR. (s22)