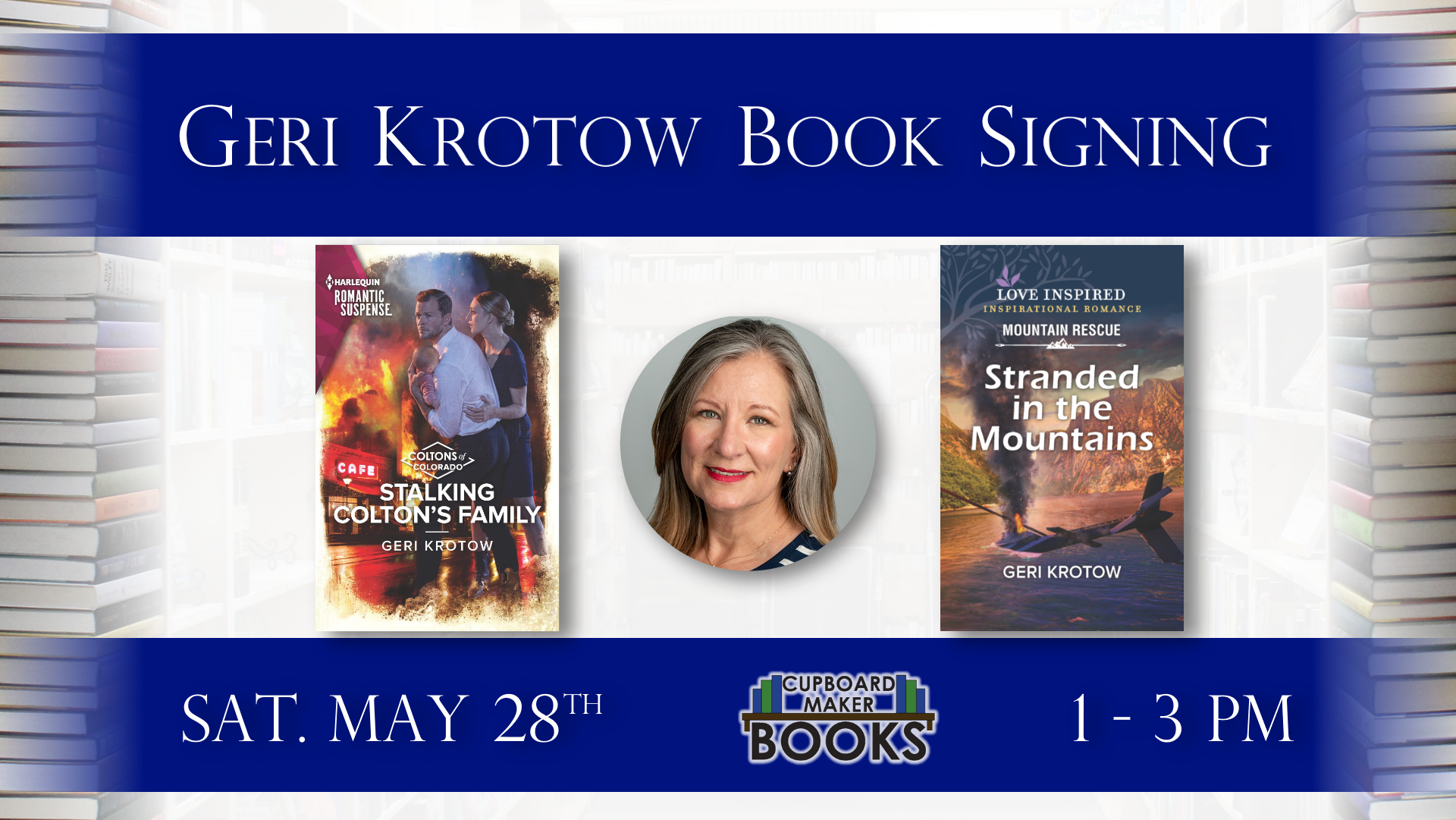 Spring into local author Geri Krotow’s two newest romantic suspense books: Stranded in the Mountains and Stalking Colton’s Family! Geri will be celebrating the release of these two books at the Cupboard Maker Books in Enola on Saturday, May 28th from 1 to 3 PM. About Stranded in the Mountains: “Part-time treasure hunter Daniel Sturges’s secret assignment was simple—find a wrecked WWII B-17 and recover the artifacts inside. But now he’s stranded with fellow crash survivor Cassie Edmunds, who’s searching for the same plane, and they’ll have to trust one another with their lives. With temperatures falling in treacherous terrain, will they risk everything for the missing wreckage or discover something more valuable between them? That is, if they can stay alive…” About Geri: Geri Krotow is the award-winning author of over 25 novels, including the Whidbey Island contemporary romance and Silver Valley, PD romantic suspense series. Geri enjoys creating stories that stand the test of time, and with settings that she has personally experienced. While still unpublished, Geri received the Daphne du Maurier Award for Romantic Suspense in Category Romance Fiction. Her 2007 debut, A Rendezvous to Remember, earned several awards that included the Yellow Rose of Texas Award for Excellence. Geri’s second book What Family Means received critical acclaim to include a review in the Chicago Tribune.