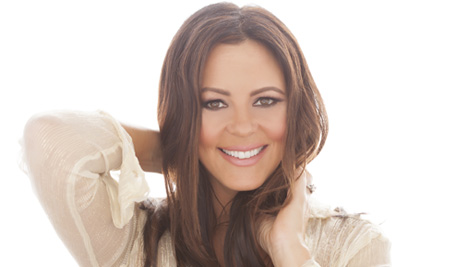 An Evening with Sara Evans - "Say The Words Tour"

She’s had five No. 1 singles, sold millions of records, won the Academy of Country Music’s Top Female Vocalist Award, and claimed a Country Music Association trophy for her signature song, “Born To Fly.” It’s tough to imagine many accomplishments that Sara Evans hasn’t already checked off her bucket list. And yet, with the release of her eighth studio album, Words, she demonstrates that she’s still willing to leap into the unknown, taking greater control of her career and calling the shots in a way that’s unusual in country music—particularly unusual for a woman in the genre. Words is the first project on Evans’ own label: Born To Fly Records, appropriately named after that CMA-winning signature song that celebrated risk and adventure. Much is familiar about Words. Evans’ voice is warm and strong, the songs are authentic and memorable, and the actual words themselves resonate with the realities of everyday life. For a woman who always tackled the music her own way, the new album is 100 percent her own. It’s a big reason that the album is titled Words. The songs generate a number of words—flexible, commanding, sassy, daring, loving, hopeful, resilient—that all embody parts of Evans’ inimitable persona. Evans co-wrote three of the album’s fourteen songs, instinctively picking material along the way that match her world view. Thirteen additional females racked up writing credits on the project, including Lady Antebellum’s Hillary Scott, Pistol Annies’ Ashley Monroe, The Isaacs’ Sonya Isaacs, Hillary Lindsey (“Blue Ain’t Your Color”), Caitlyn Smith (“Wasting All These Tears”), Heather Morgan (“Beat Of The Music”), and Liz Hengber (“For My Broken Heart”). By handpicking the team around her and making self-expression the priority of her work, she’s found songs that continue to connect her to the emotional core of her audience, and to adhere to that Born To Fly embrace of risk and adventure.