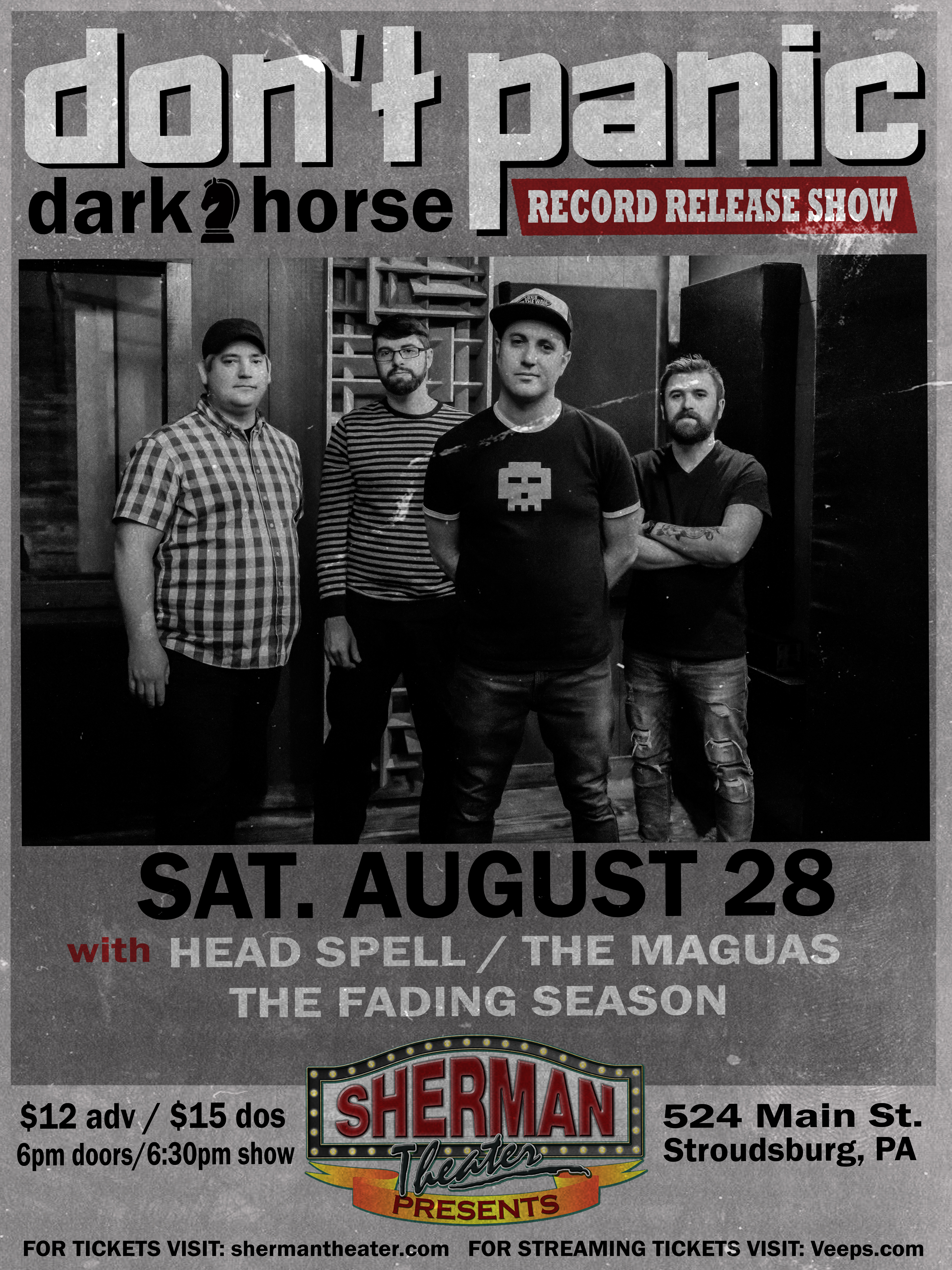 Formed in 2009 and named after the Douglas Adams’ favorite novel of founding vocalist/guitarist Ted Felicetti (formerly of NEPA band Split Fifty), Don’t Panic began as an endeavor where making genuine, fun rock and roll music came first and everything else second. Joining Ted were Keith Slader (bass), AJ Larsen (guitar), and Zhach Kelsch (drums). Based out of the Poconos in Northeast Pennsylvania the band quickly signed to Masquerade Recordings (ADA), released their debut EP ‘My FairWeather Friend’ and embarked on almost two years of touring supporting The Ataris, Trust Company, and several dates on the Vans Warped tour with Anthony Paesano coming in 2010 to replace Kelsch on drums. At the end of 2011 the band decided to take an unplanned break which would wind up lasting almost 8 years. At the end of 2019 the band finally came out of their extended hiatus and immediately went to work on recording their next effort and first full length album ‘See Through it All’ which was released on Nov 27th 2020. The band is now releasing their follow up and second full length album, ‘Dark Horse’ on Sept 4th, 2021 which draws heavily on the bands combined influences including Foo Fighters, Bayside, Lit, White Reaper, Motion City Soundtrack, Millencolin, Face to Face and many others.