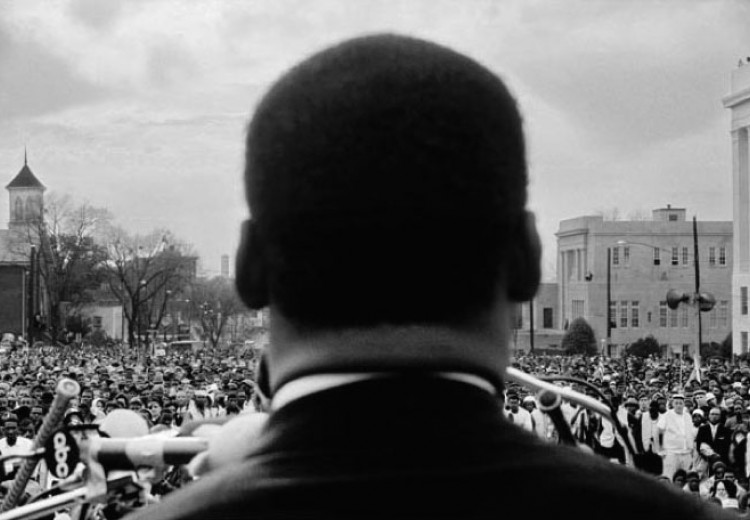 Witness to History photographer Stephen Somerstein and Brandywine's curator Amanda C. Burdan, Ph.D., will discuss the Selma-to-Montgomery march and Somerstein’s experiences in documenting this significant moment in America’s Civil Rights Movement. The Brandywine River Museum of Art will open at 5:30 p.m. with the program at 6 p.m. and a reception to follow. The Witness to History and Votes for Women exhibitions will be open both before and after the program. In March of 1965, Stephen Somerstein took a 25-hour bus ride to Alabama to cover the civil rights march for his college newspaper. With five cameras and only 15 rolls of film, he captured photographs of Dr. Martin Luther King, Jr. and other prominent activists as well as his fellow demonstrators and the many people who had gathered along the route. The photograph Somerstein took while standing behind Dr. King as he delivered his now famous, “How Long? Not Long”