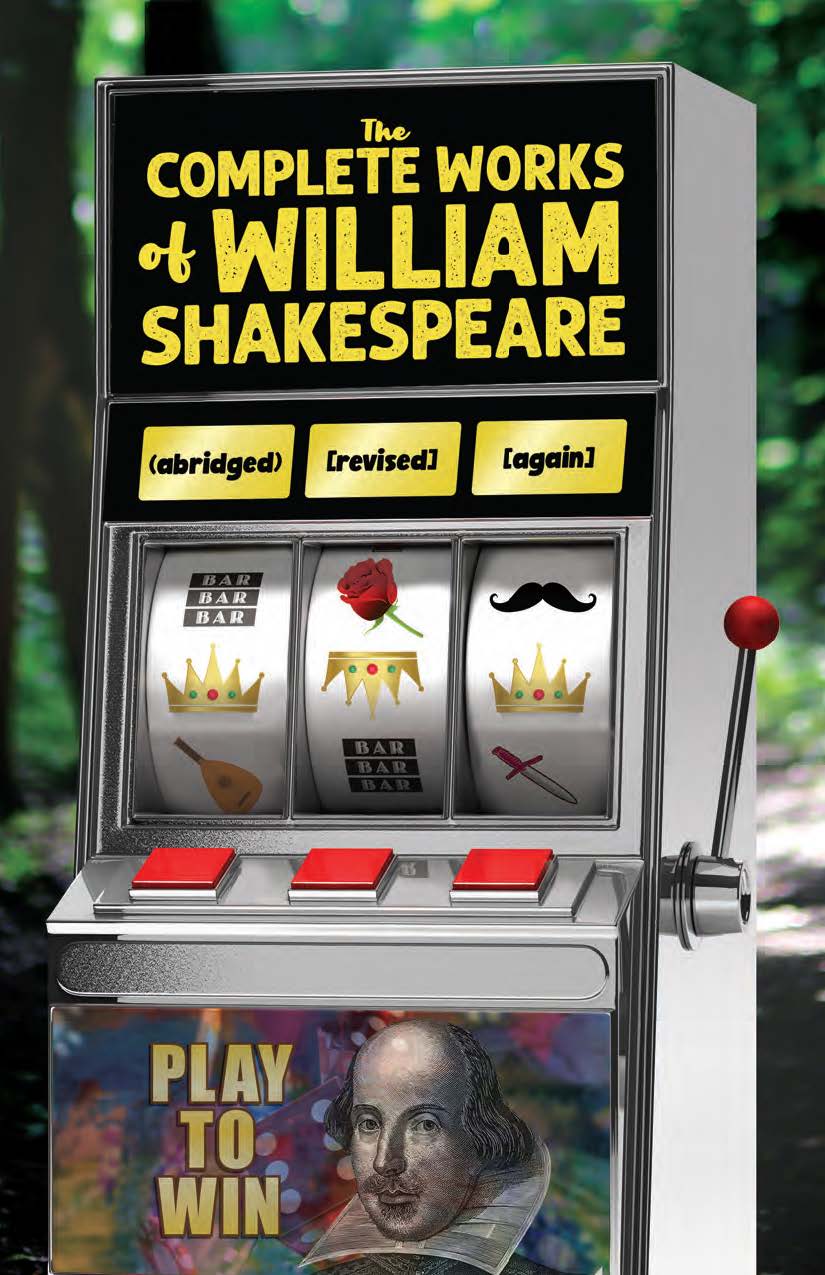 The Festival brings the Bard outdoors [again]! The Complete Works of William Shakespeare (abridged) [revised] [again] By Adam Long, Daniel Singer, Jess Winfield; new revisions by Daniel Singer and Jess Winfield Directed By Matt Pfeiffer PSF will be heading outdoors for an updated revival of the raucous 3-person comedy, The Complete Works of William Shakespeare (abridged) [revised] (again). We invite you to hang out in a new theatre space to witness three well-intentioned but misguided actors attempt to take on Shakespeare’s entire canon in 99 minutes, in this recently updated version of a familiar favorite. If you like Shakespeare, you’ll like this show. If you hate Shakespeare, you’ll LOVE this show. Bring the family for the Bard turned upside down and be prepared to laugh until it hurts. Ages 7+ Opening Night, Friday, June 30: Join the PSF actors and staff for a friendly post-show champagne toast! Meet the actors for an informal talk-back after the show: Thursday, July 6 and July 13. Audio Described and American Sign Language interpreted performance: Saturday, July 15, 2:00pm. Originally produced by Reduced Shakespeare Company.