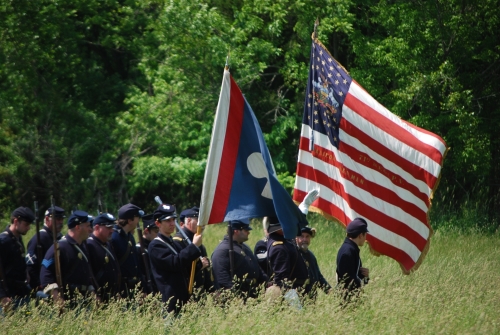 With cannons blasting over the battlefield, Union and Confederate soldiers lining up for the Dress Parade, cannon demonstrations, speakers, musicians, mansion tours, exhibits, and the Be a Soldier Kid Enlistment program, it’s a weekend of history and excitement as Pennypacker Mills hosts the largest Civil War event in Montgomery County. Not to be missed! Food vendor onsite. On Saturday, listen to the music of the Fort Delaware Coronet Band and hear historical reenactor and lecturer Michael Jesberger discusses the saga and loss of the H.L. Hunley, the world’s first successful attack submarine. On Feb. 17, 1864, during the Civil War, the Confed- erate sub left the Charleston, SC, harbor and sank a blockading Union warship. Soon after sending the USS Housatonic to the bottom, the submarine also sank. The sunken sub’s location was a mystery until 1995, when a team of divers sponsored by writer Clive Cussler discovered the nearly-intact Hunley. It was raised and carefully excavated. The skeletons of all eight crew members were removed, studied, and reburied. On Sunday, attend a period church service on the mansion lawn at 10 am and listen to the songs and stories of the Civil War with musician Matthew Dodd throughout the day.