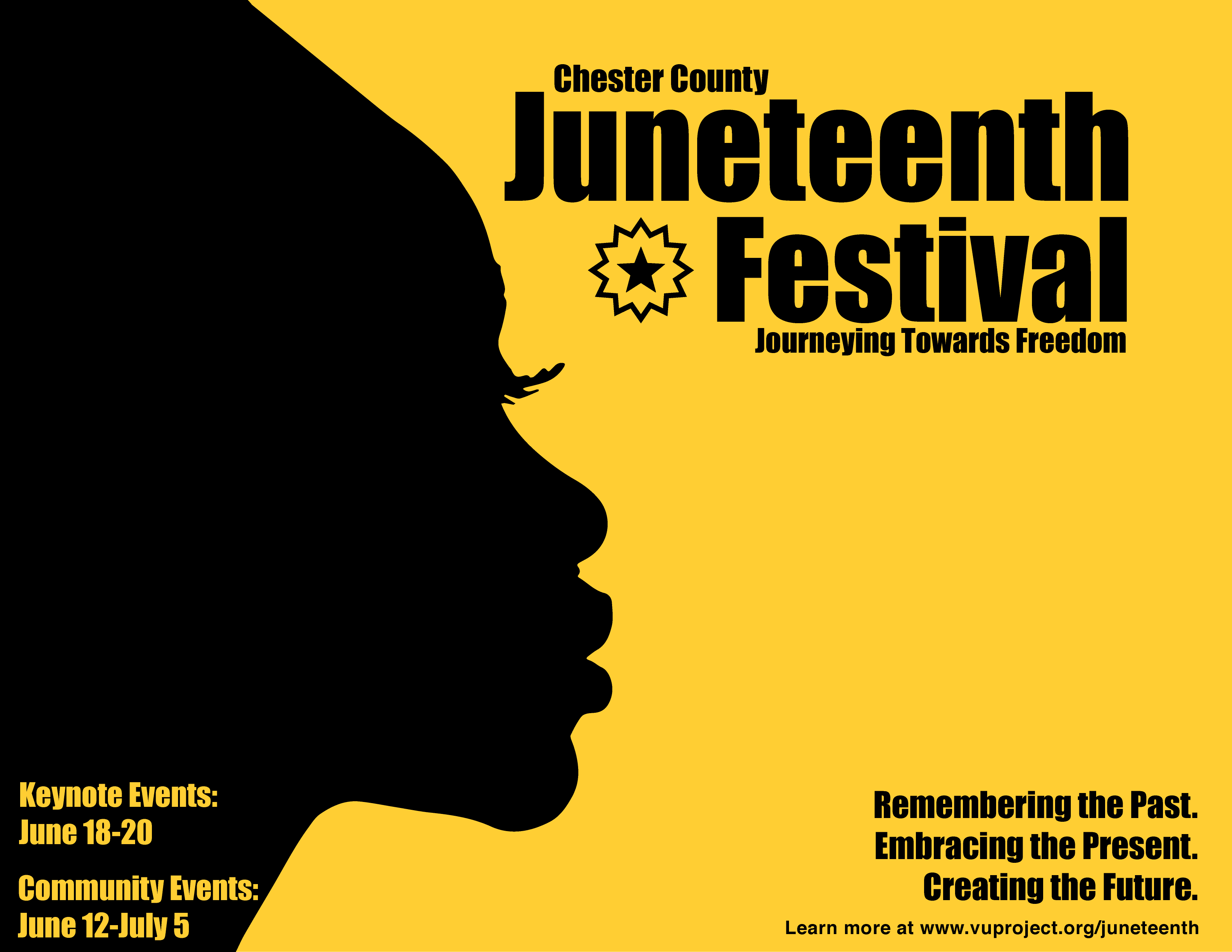 Juneteenth is the nationally commemorated day to mark the ending of slavery in the United States. June 19, 1865 is known also as emancipation day, as the news that slavery had been abolished had spread across the nation to Galveston, Texas. Today Juneteenth commemorates freedom and is a time of refection and understanding. People of all races, nationalities and religions gather around the country united in the concepts of equality and the celebration of diversity. Chester County is proud to host a county-wide Juneteenth celebration; three keynote events are ticketed and are in or are in the orbit of Kennett Square. Additionally, each of them will feature nationally renowned creatives – i.e., two poets and a chef. One, featuring Dr. Joshua Bennett (whose repertoire includes spoken word poetry, such as this that he did at the White House), will be at Longwood Gardens on June 18 and will be capped off with an “Illuminated Fountain Performance” entitled “Freedom,” which will make its debut that night. Caroline Randal Williams is an “acclaimed writer and public intellectual” who will be giving a lecture on the role of the artist in the journey toward freedom on June 19. Among Williams’ recent thought contributions was her moving opinion piece entitled, “You Want a Confederate Monument? My Body Is a Confederate Monument,” in which she movingly describes how as the descendant of black slaves and the white confederate leaders who raped her black ancestors, her biracial identity gives a different kind of testament to the history of the south than might be discerned through confederate memorials. (Local product Isabella Hanson will also be showcased as part of this event, which will be on June 19 as well.) Last, nationally acclaimed chef Elijah Milligan, founder of the Greenwood Supper Club, will be hosting a dinner at Lincoln University on June 20. Greenwood describes itself as “a non-traditional pop-up supper club that illustrates the appreciation of cultural nuances among Black and Brown communities through culinary experiences. Greenwood aims to invoke inclusivity of all through the reverence for diverse culture and community.” All of the above fits into a larger countywide celebration of Juneteenth, which includes events all over the county. Among these, Lincoln University Choir, Kennett Community Choir, and others will backdrop a faith-based celebration on June 12 whose aim is to bring about racial healing and unity. Many other events can be found here.