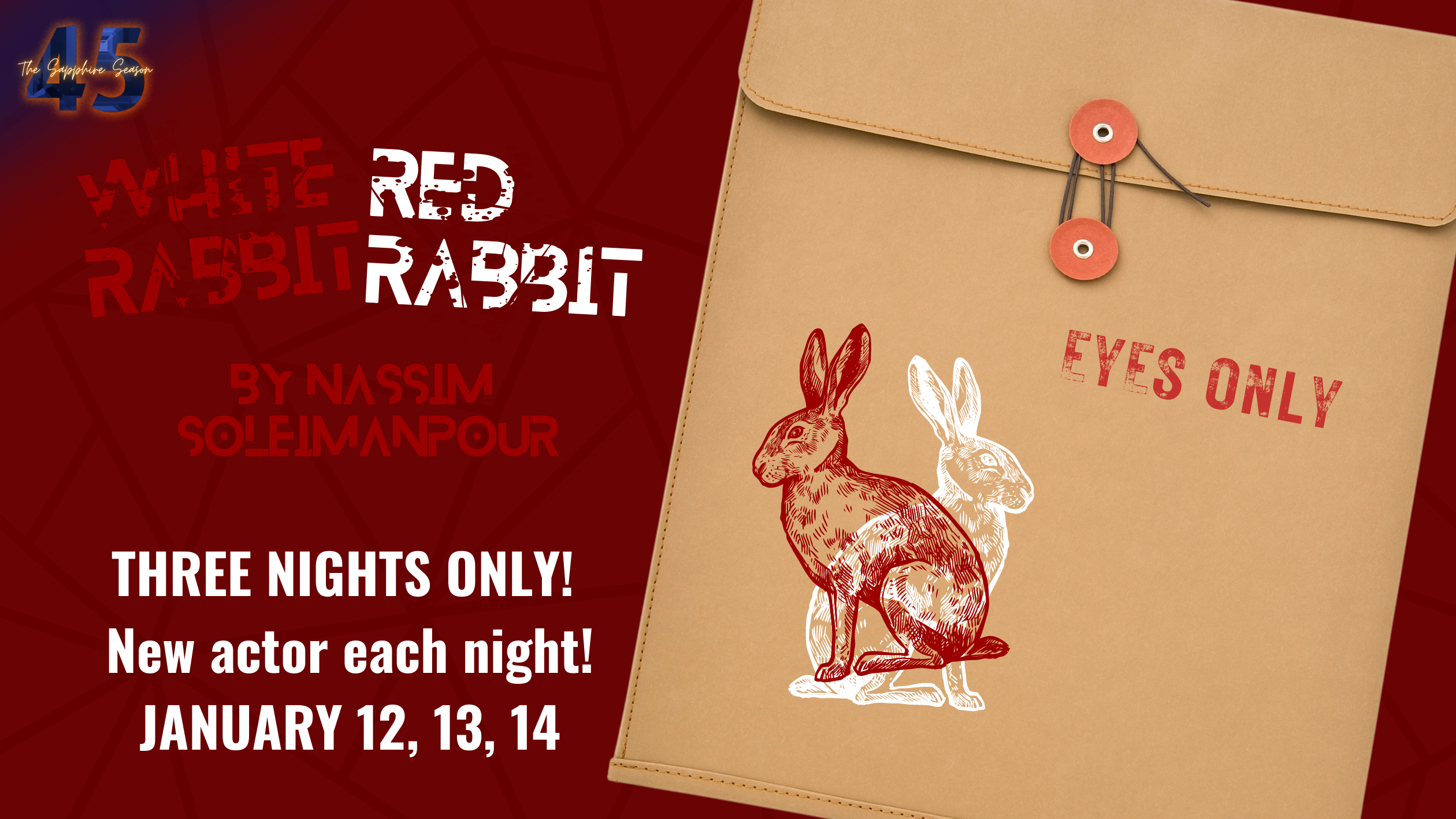 White Rabbit Red Rabbit By Nassim Soleimanpour An actor, a script, and no director. White Rabbit Red Rabbit is a highwire act that an actor only performs once, having never seen the script before being handed it in a sealed envelope. Written by an Iranian playwright restricted from travel by his own country, this nail-biting piece teeters perilously between comedy and high-stakes drama. Each performance will feature a new actor!