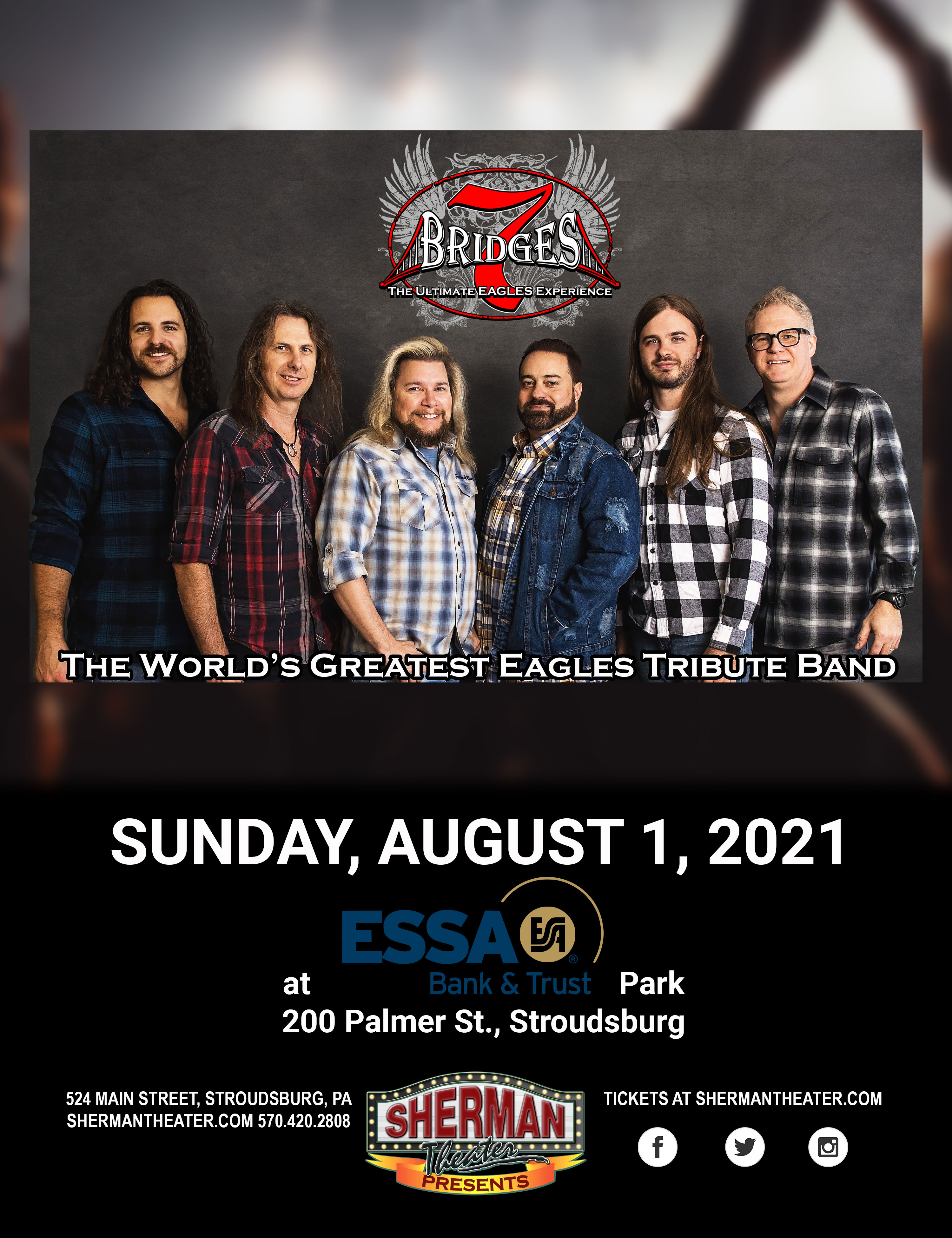 7 BRIDGES – A TRIBUTE TO THE EAGLES

7 Bridges : The Ultimate EAGLES Experience is a stunningly accurate tribute to the music of the Eagles. Using no backing tracks or harmonizers, 7 Bridges faithfully re-creates the experience of an Eagles concert from the band’s most prolific period. Every show features one brilliant hit single after another with some mighty Don Henley and Joe Walsh surprises sprinkled into the mix. 7 Bridges offers the perfect blend of songs to capture all levels of Eagles devotees. 7 Bridges is a tour de force of talent, combining incredible musicianship, vocal precision and a stage presence that has garnered them nationwide acclaim. The band features Jay Sweet as Glenn Frey, Keith Thoma as Don Henley, Brandon Roberts as Randy Meisner/Timothy B. Schmit, Richie Scholl as the eccentric and unpredictable Joe Walsh, Brian Franklin as guitar wizard Don Felder, and Vernon Roop as Joe Vitale, the often unsung hero of many Eagles studio albums and live performances.